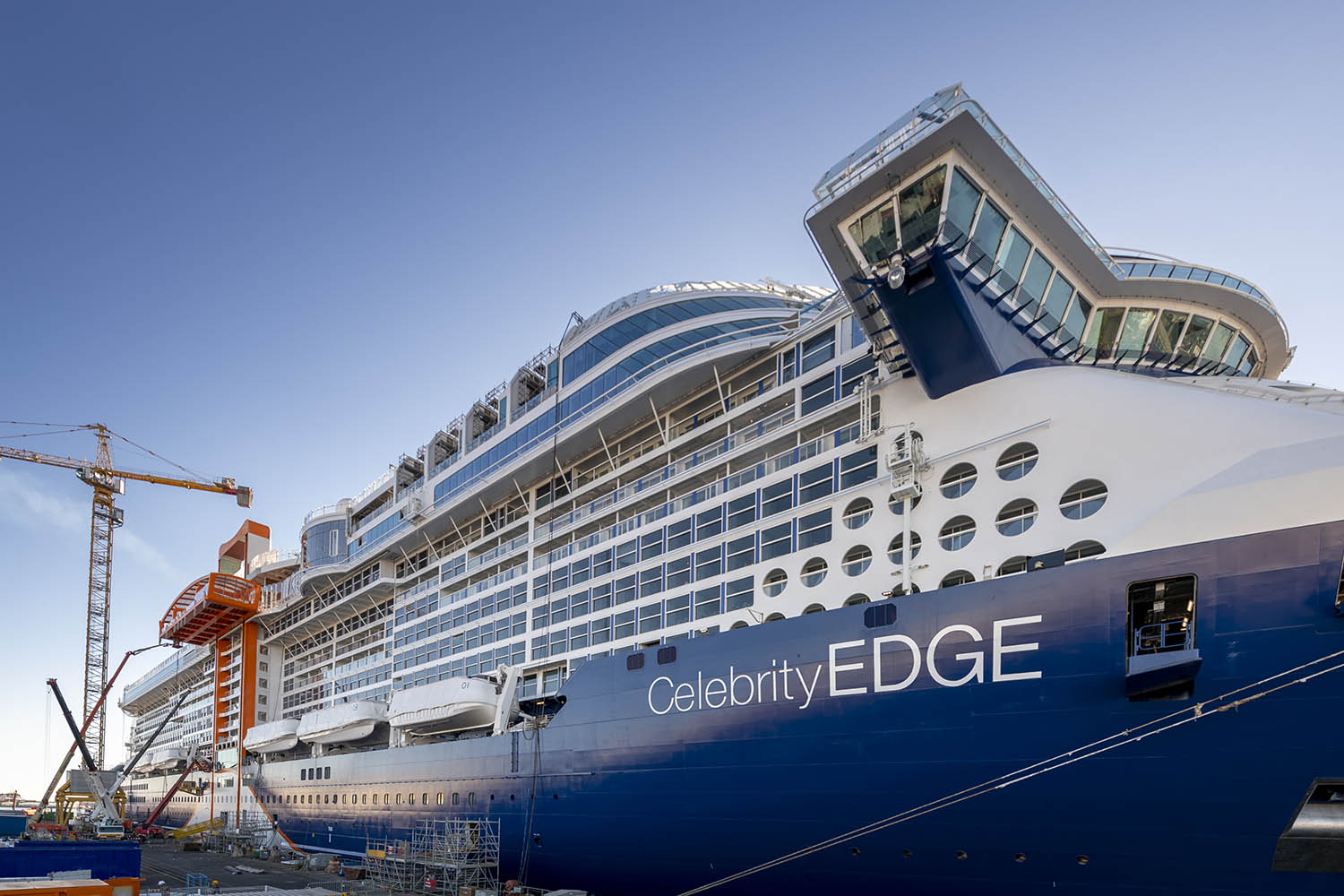 Celebrity Edge will bring a host of new features to the cruise industry and the cruise line has released a video and photos giving us a sneak peek at this new cruise ship.  The cruise ship is currently under construction at the STX France shipyard and will debut in less than three months.

The pool deck under construction on Celebrity Edge 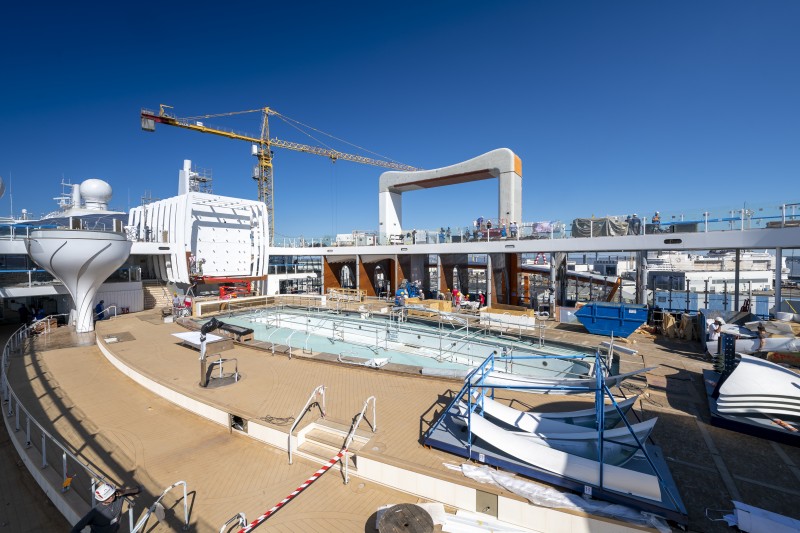 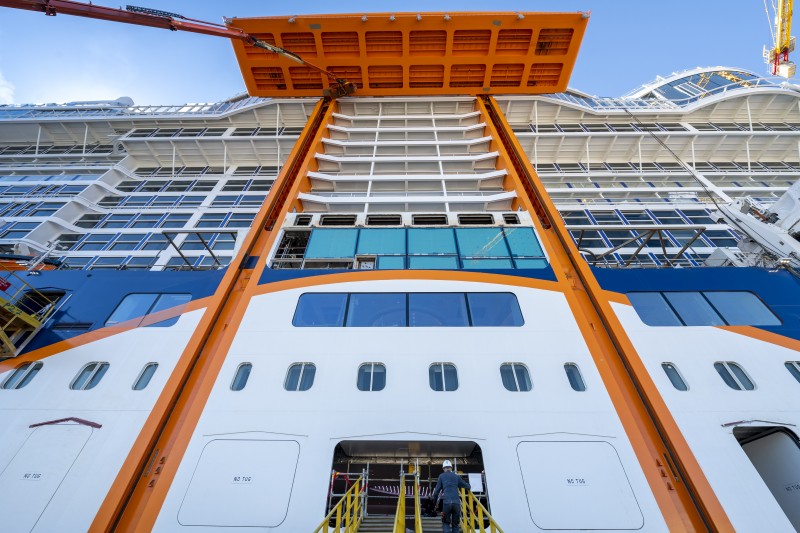 On Celebrity Edge, the Rooftop Garden is full of unexpected pleasures day and night. Find a cozy chair, sink in, and get lost in a good book. Sip a refreshing cocktail as you gaze out over the open ocean. Satisfy your cravings with gourmet burgers, brisket, and BBQ at the Rooftop Garden Grill.

Drift away to the rhythm of live musical performances coming down to you from treetop sculptures. Get caught up in a friendly game of giant chess with fellow vacationers. 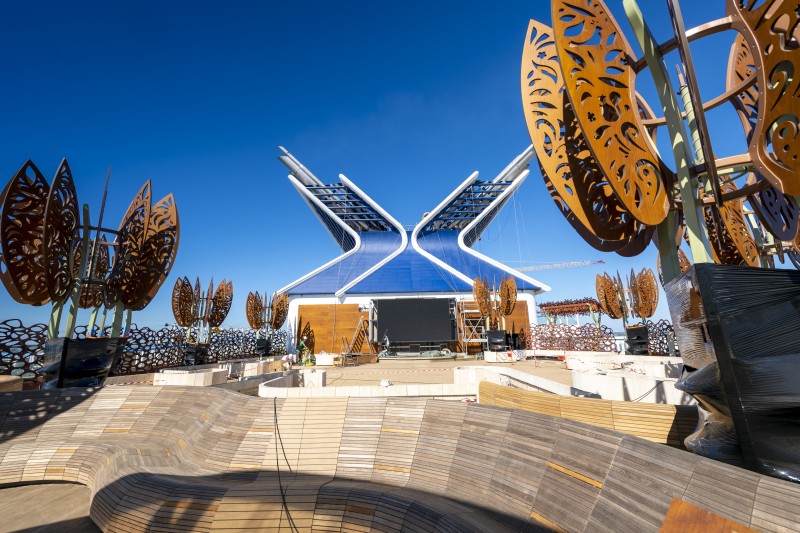 Celebrity Edge introduces the industry-changing concept of outward facing spaces designed to build a greater connection between you and the sea. Eden is the essence of this concept, a true window to the world—literally. It’s three levels of sensory experiences completely wrapped in glass. Three stories of windows that look out to the ocean, with two areas of al fresco seating on both sides of Eden for breathing in the refreshing salt breezes.

With over 11,800 square feet of event space, Eden is the ideal location to host engaging business luncheons, magical wedding celebrations, inviting reunions, and any event you can dream up—all with a backdrop of million-dollar views. 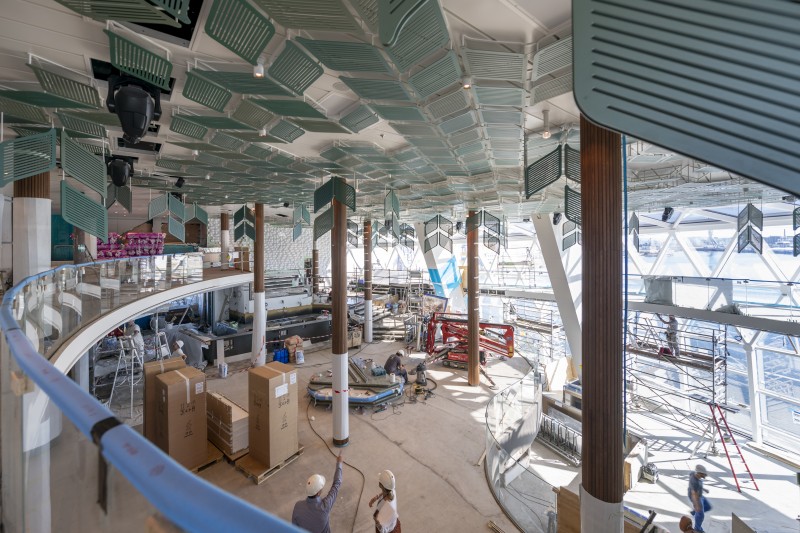 Four stage areas and three giant, moving projected backdrops offer an ever-changing canvas for the productions in the theatre. A main stage extends into and above the audience, taking performances to a whole new level—literally. With rotating spiral staircases, 18 synchronized projectors, aerial rigging, and more, the technology behind the scenes in The Theatre is so dynamic, it not only showcases the performers, but at times it will steal the show. 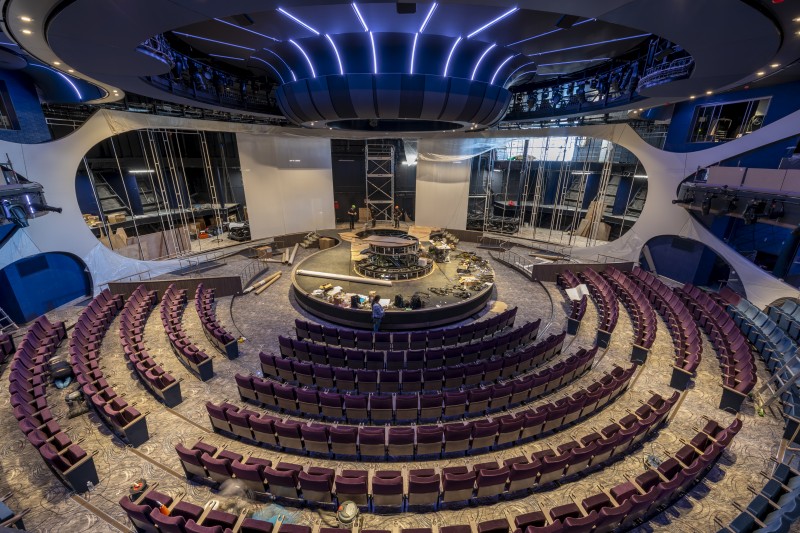 Mixing simplicity and modernity, The Grand Plaza takes inspiration from the glamourous days of transatlantic travel. At a time when cruise ships were at the heart of chic society, the center of these ships were traditionally spectacular ballrooms, accented with dramatic staircases and ornate chandeliers. They were social places to meet, greet, dine, drink and dance. The Grand Plaza pays homage to these powerful historic spaces and reinterprets them for the 21st century. 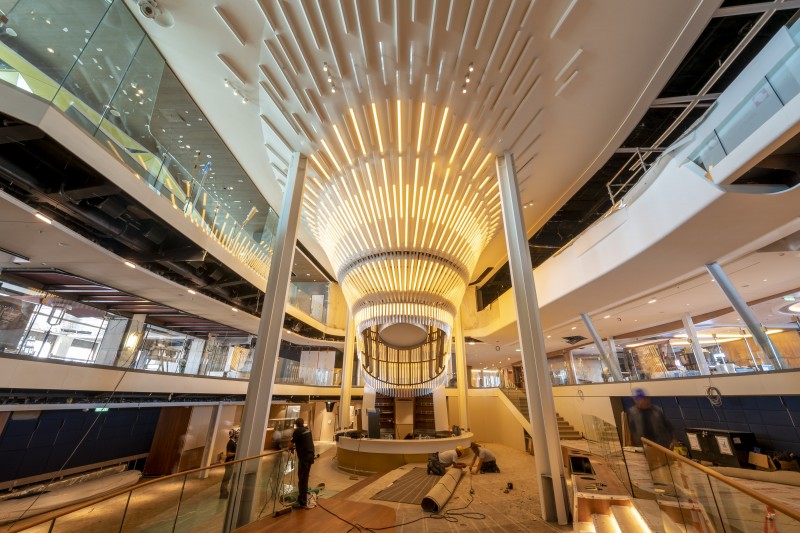 Learn the cruise secrets most people don’t know and cruise like a boss. Check out Intelligent Cruiser here for a better cruise vacation. (Sponsored)

How Has the Pandemic Helped Your Clients?