Comedian and TV personality Kapil Sharma and his wife Ginni Chatrath hosted a reception in Mumbai on Monday. Kapil and Ginni had tied the knot after years of dating on December 12, in accordance with Hindu and Sikh traditions.

Monday’s party was held at the JW Marriott in Mumbai Sahar, and itnessed several Bollywood personalities in attendance. Kapil’s Jalandhar wedding was attended by Krushna Abhishek, Rajiv Thakur, Bharti Singh and Sumona Chakravarti,among others. An earlier wedding reception was held in Amritsar on December 14.

Monday’s party was attended by the who’s who of Bollywood, including actors Rekha, Kartik Aaryan, Kriti Sanon and Anil Kapoor, among many others. The reception also saw filmmakers Karan Johar and Farah Khan in attendance, as well as comedians Raju Srivastav, Bharti Singh and Krushna Abhishek, and sportspersons Saina Nehwal and Harbhajan Singh.

Kapil will shortly make a long-awaited return to television after a very public meltdown, following which he retreated from the public eye. The first episode of his TV return, the Kapil Sharma Show, will feature guests Ranveer Singh, Sara Ali Khan and Rohit Shetty, and will air on December 29. It has also been reported that Salman Khan will produce the next season of Kapil’s sketch comedy show.

Stay tuned for all the live updates from Kapil Sharma and Ginni Chatrath’s wedding reception. 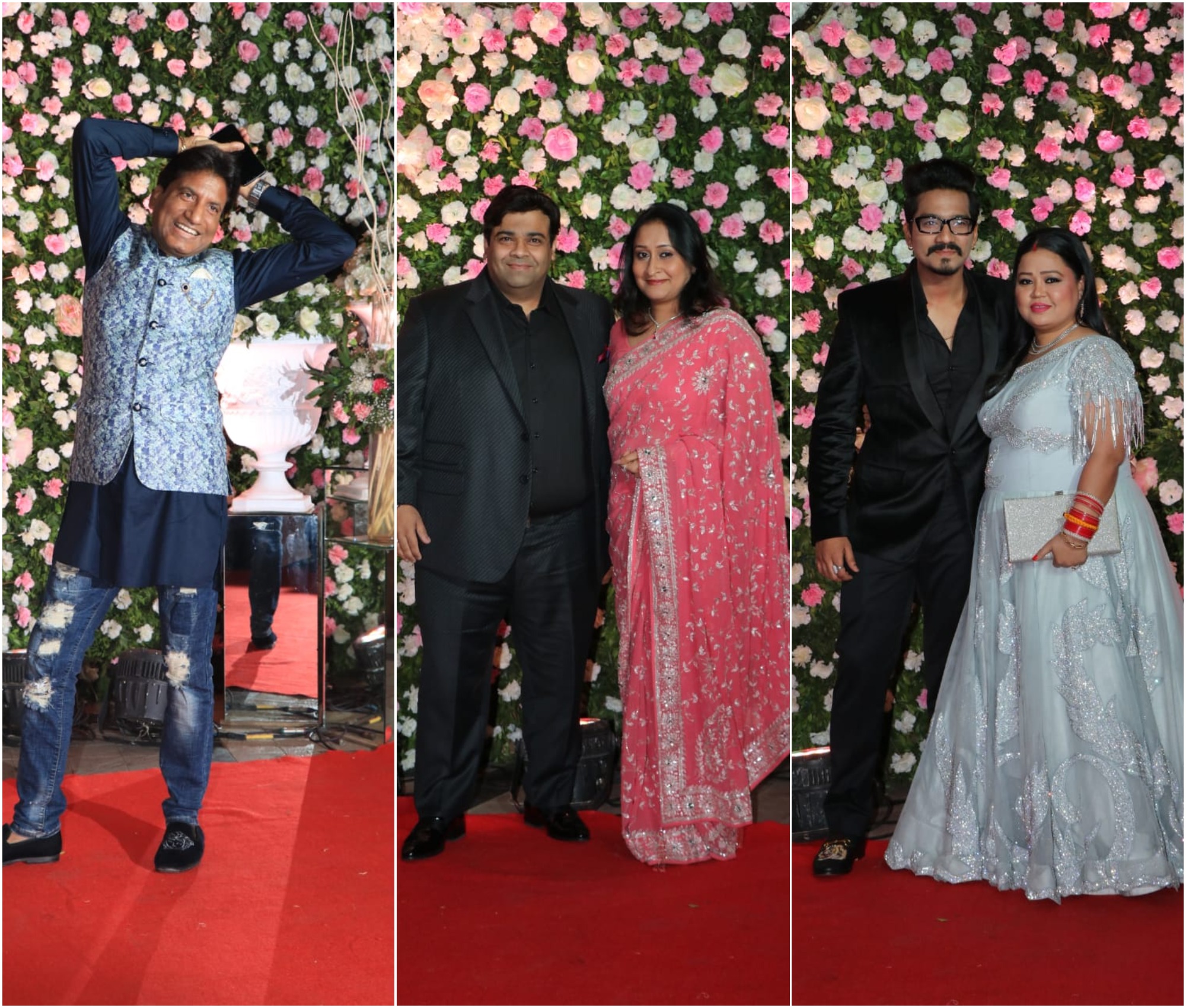 More Bollywood personalities have been spotted at the Mumbai wedding reception of Kapil Sharma and Ginni Chatrath. Among the latest arrivals are singer Bappi Lahiri, film director and choreographer Farah Khan and actors Aparshakti Khurana and Kriti Sanon.

Yesteryear stars Dharmendra, Jeetendra and Rekha arrive at the venue 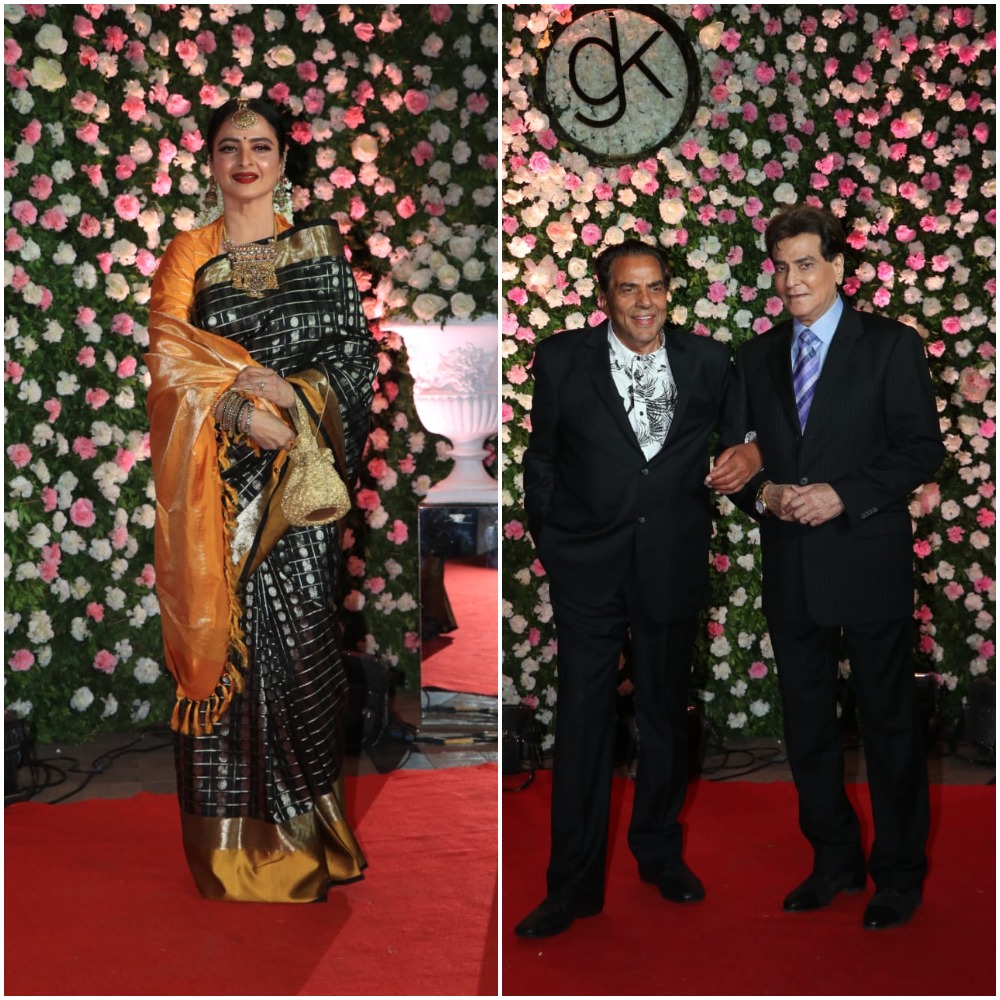 Check out hi-res images of newlyweds Kapil Sharma and Ginni Chatrath from their Mumbai wedding reception. They couple is wearing ensembles designed by Rimple and Harpreet Narula. 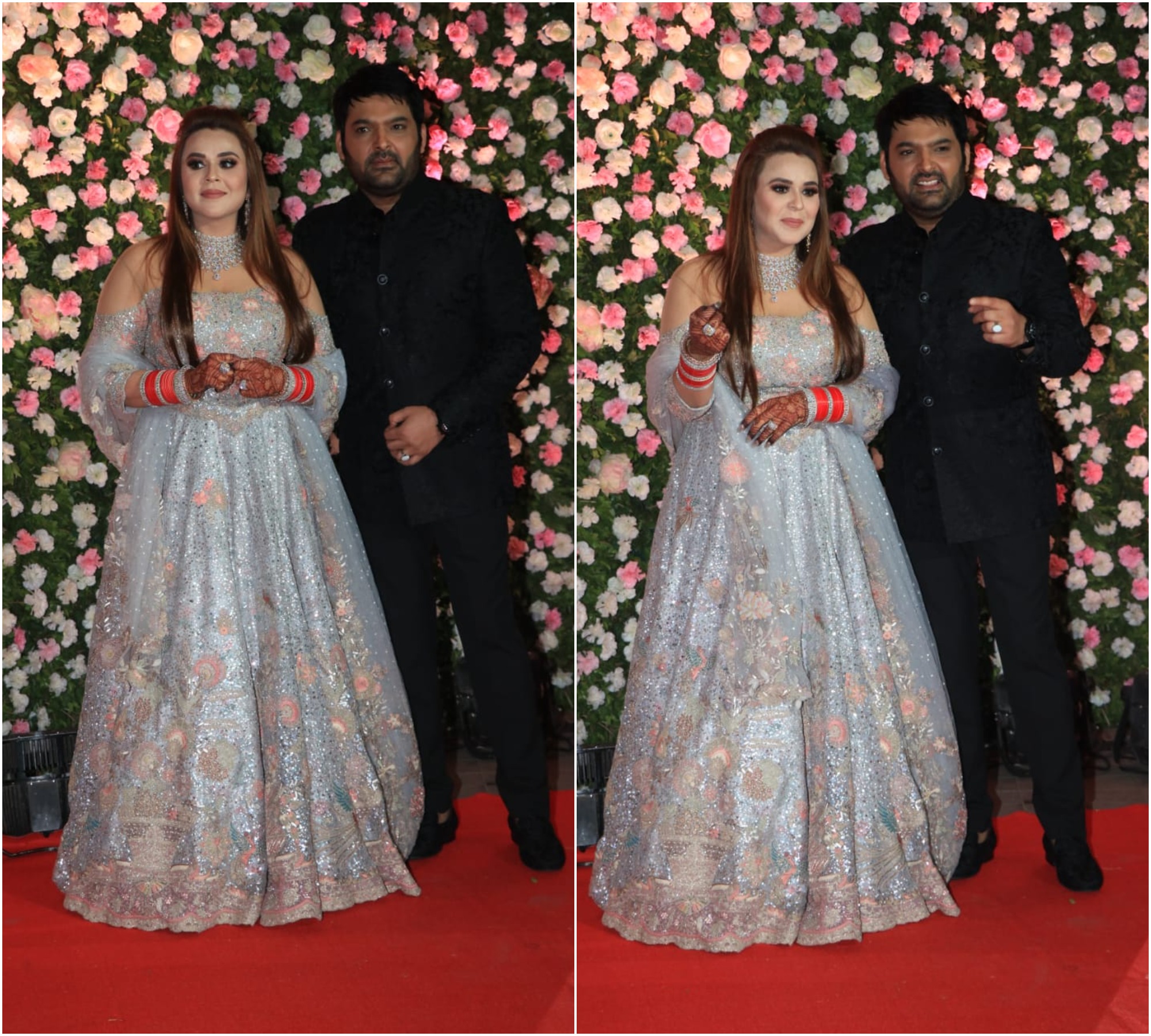 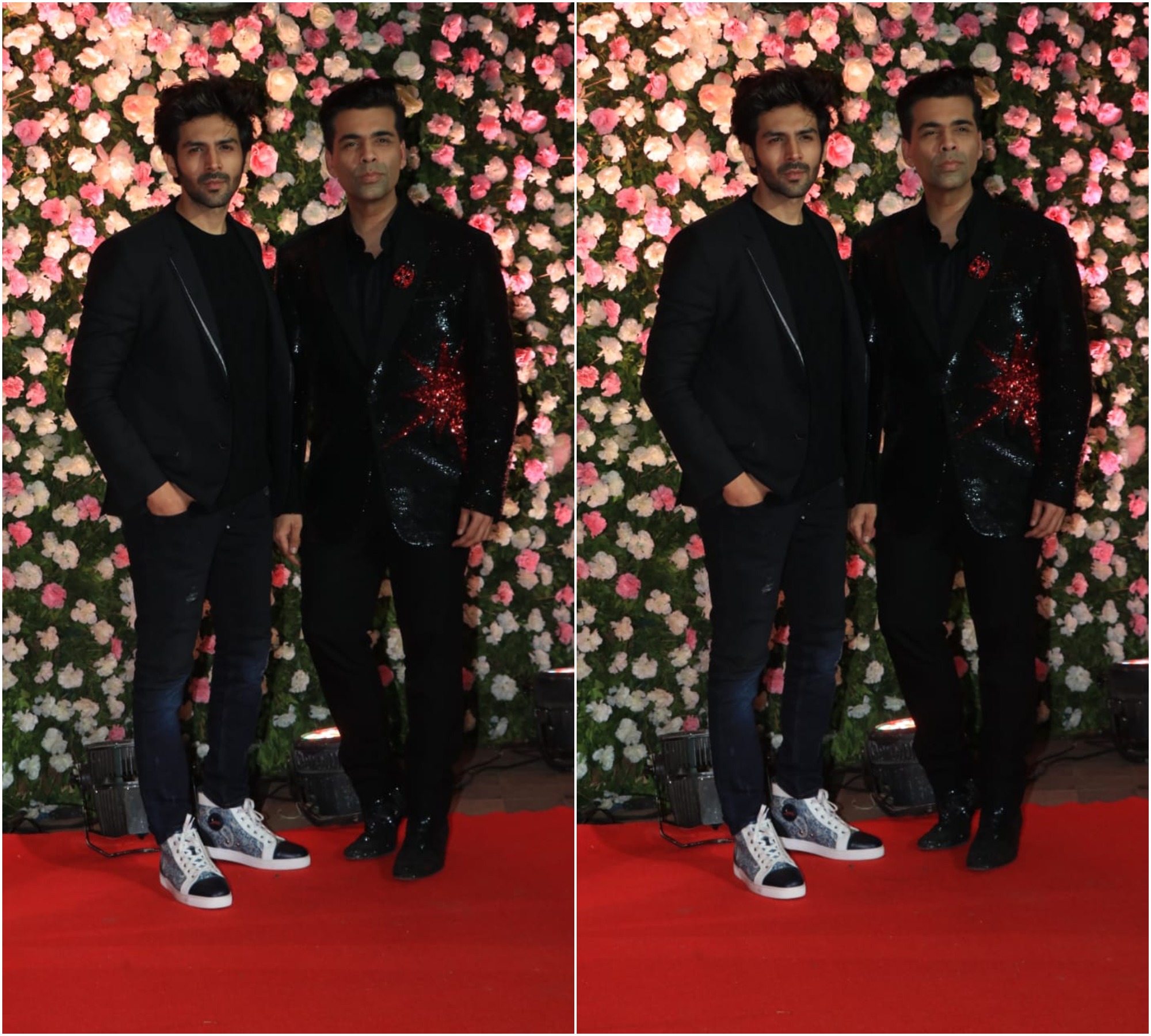 Kapil Sharma and Ginni Chatrath arrive for their wedding reception

Salim Khan and Sohail Khan pose for the cameras

Salim Khan and his son, actor Sohail Khan, have arrived at the venue. But there is no sign of Salman Khan yet. Salman was expected to attend the party, and it has been rumoured that he will produce the next season of Kapil’s show.

Actor Anil Kapoor, who is celebrating his 62nd birthday today and singer Kailash Kher have arrived at the JW Marriott for Kapil and Ginni’s wedding reception. 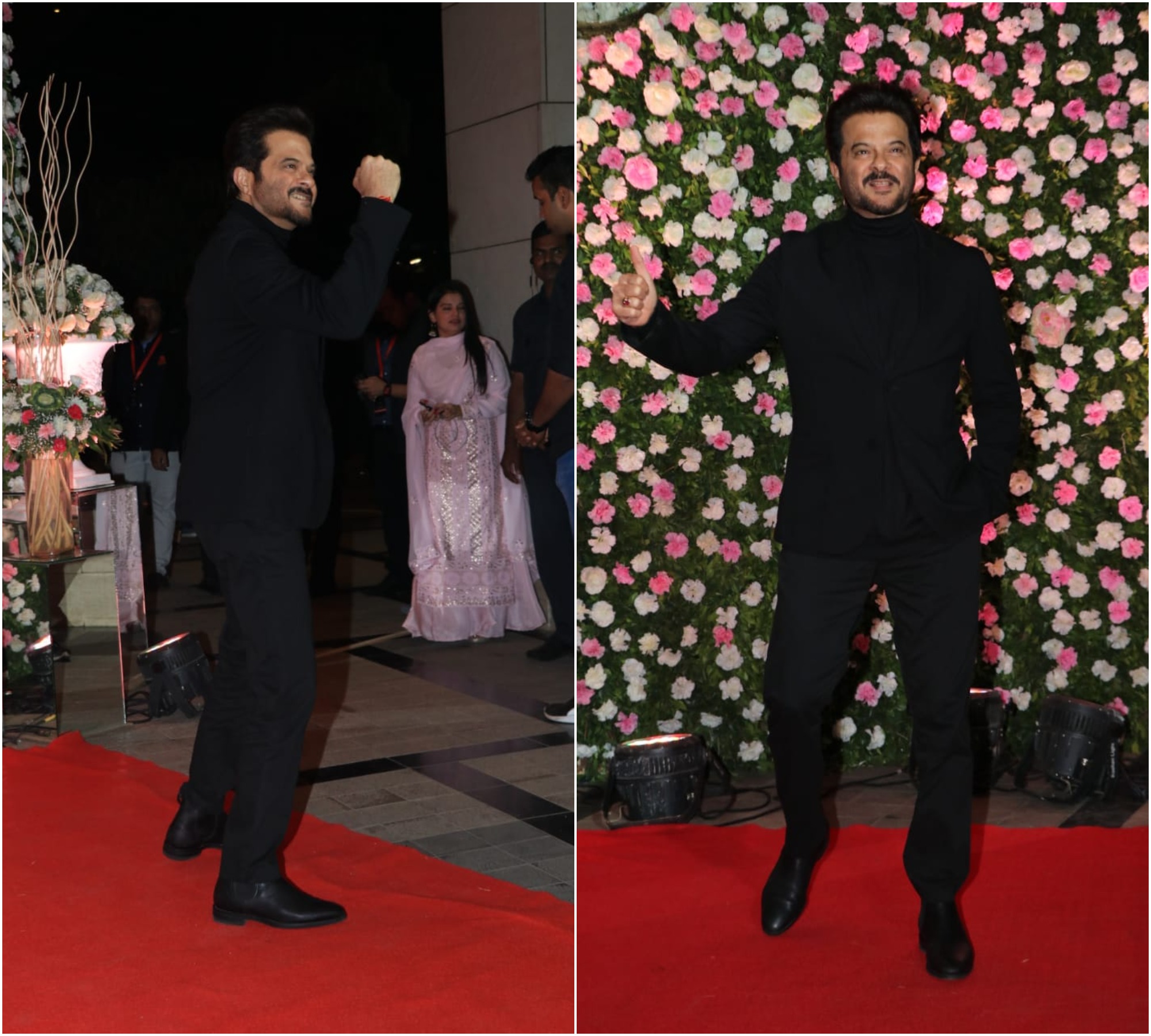 Music composer Anu Malik, who was recently named in the #MeToo movement, was the first to arrive at Kapil and Ginni’s Mumbai wedding reception. Also spotted was actor Manoj Bajpayee, who recently appeared in the films Gali Guleiyan and Satyameva Jayate. 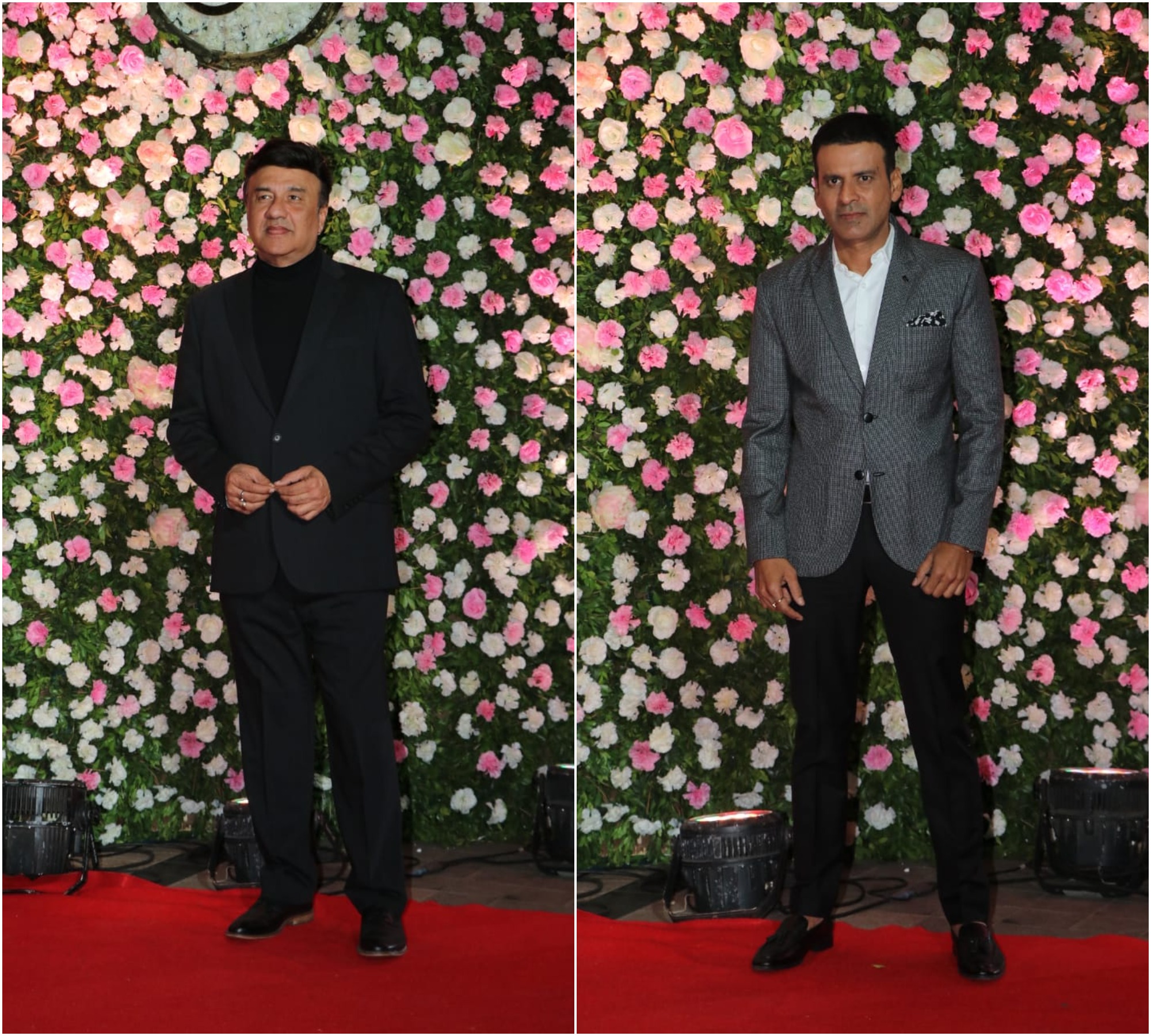 Here’s what Kapil and Ginni will be wearing

Kapil Sharma and Ginni Chatrath’s reception ensemble has been designed by Rimple and Harpreet Narula, who designed costumes for Sanjay Leela Bhansali’s Padmaavat, and also for Kapil and Ginni’s wedding. Kapil will be wearing a ‘classic black silk bandhgala jacket paired with a pair of slim cut pants’ while Ginni‘s ‘reception lehenga will be a lavish ode to an archival 18th century European Chintz textile’.

Newlyweds spotted arriving at the venue

Kapil Sharma and his new bride, Ginni Chatrath, were spotted arriving at the JW Marriott in Mumbai Sahar earlier in the evening. Kapil was accompanied by his entourage and was spotted wearing casual attire and a cap. Check out visuals here: