Home Planning Ceremony Bride MORTIFIED as married mother-in-law snogs THIS member of the family at...

A FURIOUS bride has taken to Mumsnet to rant about her mother-in-law’s appalling behaviour. 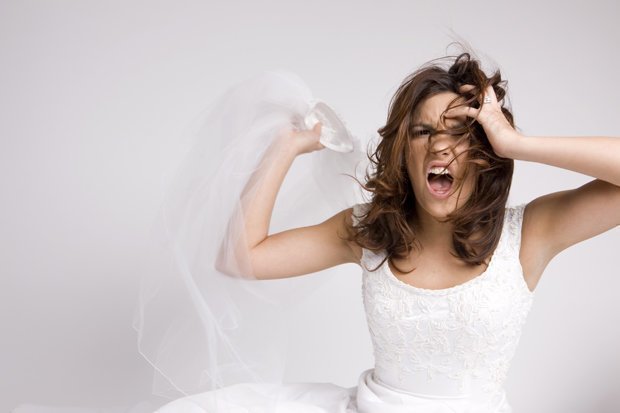 OUTRAGED: A brie was left mortified by her MIL’s behaviour (Pic: GETTY)

Most brides want to be the centre of attention on their big day, but some family members are determined to ruin it for them.

Mother-in-laws have a bad rep in general, but one woman really has her hands full with her husband’s mum.

Posting on a Mumsnet thread called “Who’s got the worst mother in-law?”, the bride revealed all about her relatives shocking behaviour.

She said: “My step mother in law is a peroxide blonde, ageing, botoxed, face lifted, breast enhanced alcoholic who yells abuse down the phone, said the ‘c’ word in front of my child (who was 3 at the time).

“She groped my dad in the groin once and went into detail about her sex life with FIL to my poor mum.

“She snogged my cousin at my wedding in front of everyone including FIL.”

The mortified woman then went on to explain that her MIL in banned from most bars in Auckland.

Other women were quick to sympathise with her, with one saying: “Blimey. Makes my MIL seem relatively ok.”

But many recounted their tales of mother-in-laws behaving badly.

One woman said: “My MIL has written DH out of will because he won’t disown FIL after marriage break up.”

While another wrote a whole list of her MIL’s abhorrent acts.

She said: “My MIL told me it is a shame that you can’t choose your children’s partners.”

“She also cuts out clipping from newspapers about diets because I am overweight.”

A lot of the family rifts seemed to be about money and being written out of wills, but one woman explained how her MIL demanded money back at the worst possible time.

She said: “Gave us a receipt for £2K for a wedding present, receipt being for hotel where wedding was.

“Two years later, when we were facing bankruptcy as DH was too ill to work, telephoned and demanded it back ASAP as was only a loan.”

This isn’t the first time frustrated women have taken to the interest to rant about their unruly relatives.

Previously a Mumsnet user explained how her MIL turned up to her wedding wearing “her own wedding dress and carrying a bouquet.”

The post sparked a huge debate online, with many users pipping in to reveal their own horrific wedding stories.

One woman said: “One of DH’s friends (not close and we weren’t invited) had a traumatic wedding – the bride’s mother punched the groom’s mother at the top table.”

While another explained: “MIL got pissed, danced on a table and took her blouse off.

“It was hysterical. DH went and did some washing up until it was over. I love my MIL so forgave her.”