From a chance shot at an art gallery to an intimate moment framed by the Milky Way: The most stunning wedding photos of 2018 revealed at the Photography of the Year Awards

Hiring a wedding photographer is one of the biggest decisions a couple will make before their big day.

So these couples can rest in the knowledge they chose the right person for the job, given their photographers just won top gongs at the International Wedding Photography of the Year Awards. 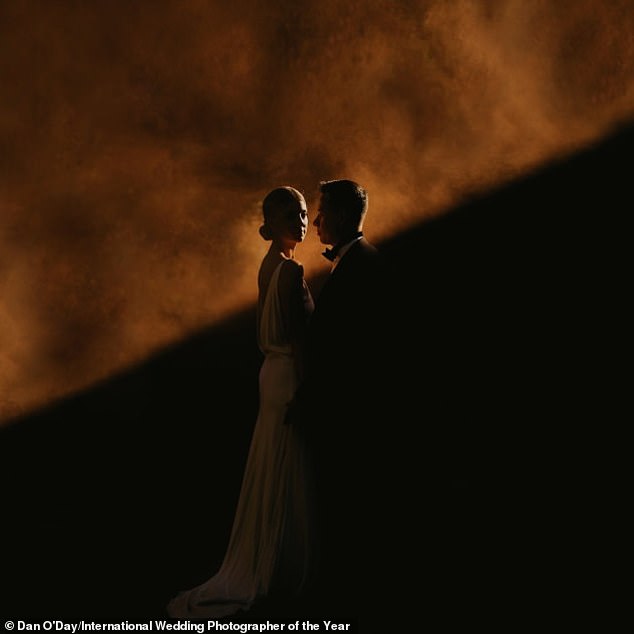 The award ceremony, which aims to celebrate the art of wedding photography, gave participants a chance to win a prize pool worth $41,000.

For O’Day the perfect shot came as the happy couple he was snapping wandered through the National Art School in Sydney. 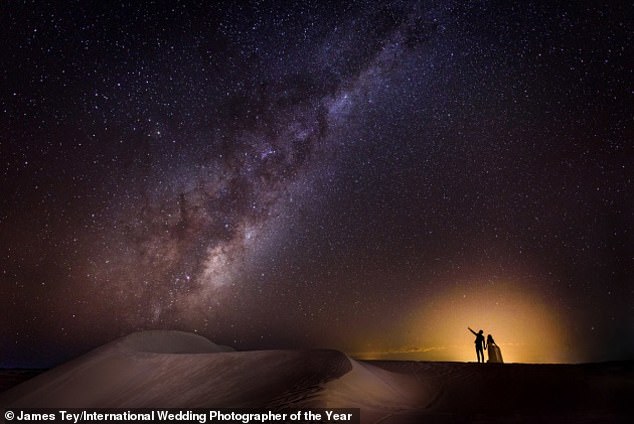 The runner-up photo, captured by Tey here, was taken at the Lancellin Sand Dunes north of Perth, with a duo who had chosen to fly to the location from Hong Kong for the clear night sky 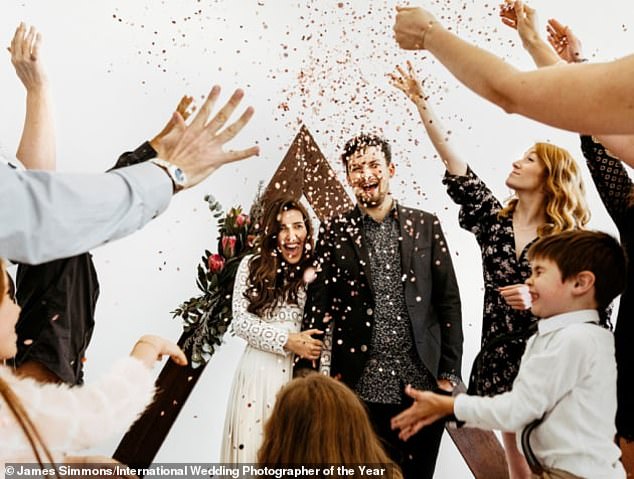 ‘For an hour we’d been running around the outskirts of the venue like kids in a playground, dropping smoke bombs and chasing what little golden Australian light we get at the end of the our time for portraits (it was my first and only time using coloured smokebombs, so it was pretty hit and miss),’ he told Australian Photography.

‘In the final five minutes of sun, while Jess and Des were bee-lining it to their party, they walked through a slice of light coming off the roof from the building around us.

‘I managed to stop them from giggling and being in love with that “just married” vibe on their faces for about .06 of a second so that I could get my “dramatic tortured artist” fix and guide them through the slice of light. 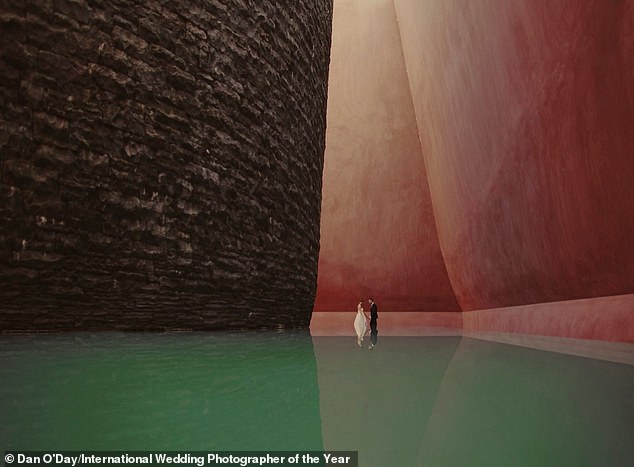 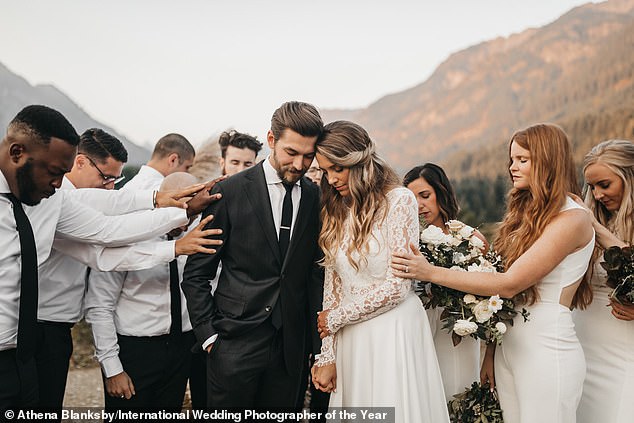 ‘Five minutes after this shot, they were busting through the doors of their party, high fiving guests, and drinking the good bubbles from the bottle, like they had headlined Coachella.’

The runner-up photo, captured by Tey, was taken at the Lancellin Sand Dunes north of Perth, with a duo who had chosen to fly to the location from Hong Kong for the clear night sky.

‘Out there it is so dark you’re left in awe at how vast and magnificent the universe is,’ Tey explained in his entry. 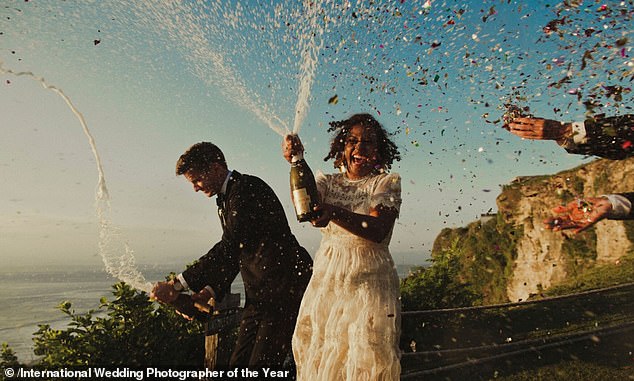 ‘After we located the core of the Milky Way, I worked out a beautifully balanced composition. There was a strange glow in the distance (most likely from street lamps) which I thought would ruin the image but it looked like a sunrise so we used that glow to create a silhouette.

‘It’s one of those perfect surprises that you never expect and it makes an image special.’