For richer, for poorer: Thrifty couple organise their ‘perfect’ church white wedding for just £1,000 – including flowers, cake and a slap-up reception – after drafting in an army of volunteers

By Eleanor Hayward For The Daily Mail

It’s supposed to be the happiest day of your life. But the £30,000 price of the average wedding can make most couples groan in despair.

Yet Beth and Lee Southern paid a small fraction of that for a traditional white church wedding, thanks to an enterprising vicar and his army of volunteers. 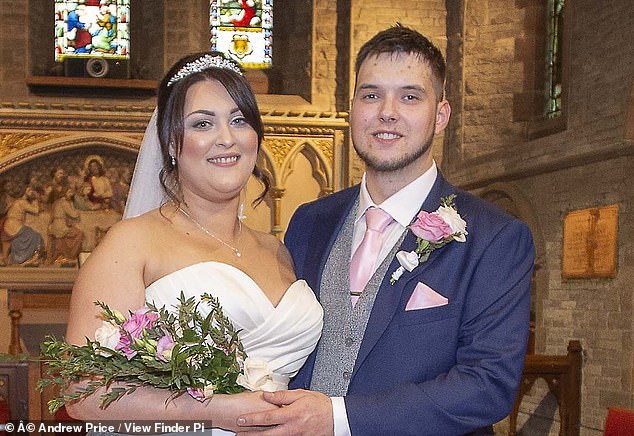 Perfect day: Beth and Lee Southern are pictured together on their big day. The flowers usually cost £850, but their cost was just £40

For £1,000 couples get a full ceremony complete with a church garlanded with flowers, a reception with wine and two-course meal, as well as photos of the day.

Mr and Mrs Southern, who live in nearby Northwich, were the first couple to take advantage of the offer.

‘I couldn’t have asked for a better day,’ said Mrs Southern, 25. ‘The wedding was perfect. We have been overwhelmed by the kindness of everyone who helped to put it on.’ 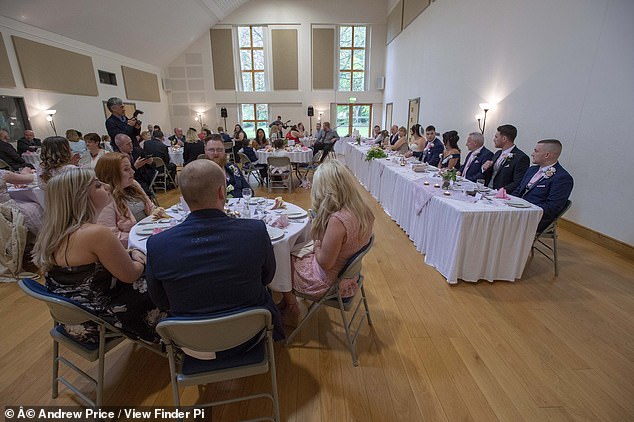 Mrs Southern, a team leader in a care home, wed her 26-year-old apprentice engineer fiance on Saturday. The venue hire usually costs £6,100, but their cost was just £250

Volunteers included a teacher who acted as a wedding planner, a grandmother who arranged the bouquet, an amateur photographer who took photos and a seamstress who altered the gown. 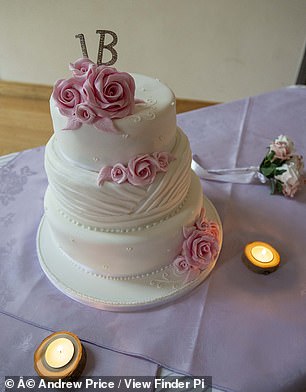 The wedding cake normally costs £320, but their cost was just £40. The church will offer three of the ceremonies a year

The bride even had a luxury car provided free by a local firm and the organist played for free.

She said: ‘Lee and I have been together since we were 16 and got engaged four years ago.

‘Because weddings are so expensive we thought we’d have to wait. We were saving up but wanted to buy a house first. Then we spotted this offer and it meant we could do both at the same time.’

The church will offer three of the ceremonies a year. It waives its normal charges but £250 goes on non-negotiable diocesan fees.

About £650 is spent on food and drink, including pea and ham soup and a chicken main course, for 30 guests at the reception in a modern church centre. The rest goes on flowers, invitations, a cake and a framed photo.

Rev Smith, 49, said: ‘We believe marriage is God’s gift to all and price should not be a barrier.’

Although the bill doesn’t include a dress, Mrs Southern had her £800 Cheshire Bridal gown altered at no cost by congregant Audrey Kerr-Taylor, who is a seamstress.

There were just over 60,000 religious marriage ceremonies in England and Wales in 2016, 24 per cent of the total. About half of weddings were religious ceremonies until the early Nineties. 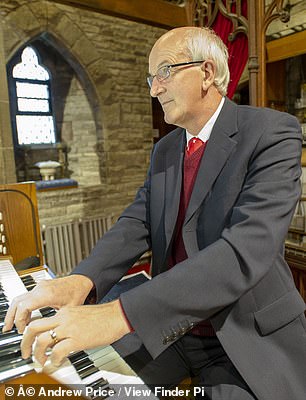 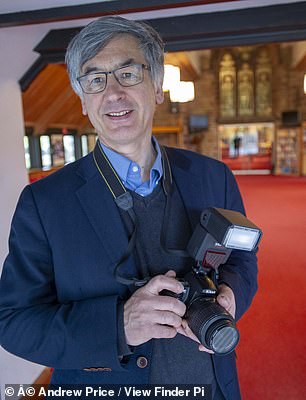 The organist, left, played for free and an amateur photographer was also a volunteer. Volunteers also included a teacher who acted as a wedding planner, a grandmother who arranged the bouquet, and a seamstress who altered the gown