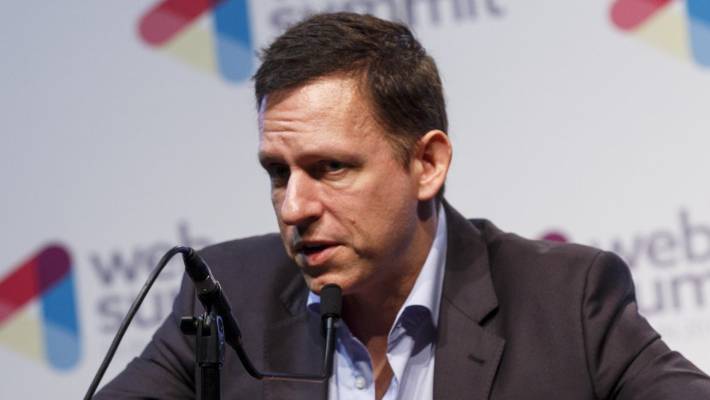 Peter Thiel and his San Francisco venture capital firm have invested in Narrative’s seed funding round.

American entrepreneur Peter Thiel and his collective of Silicone Valley venture capitalists are investing in Narrative, a New Zealand tech startup that creates apps for streamlining the workflow for professional photographers.

San Francisco-based Founders Fund Pathfinder have contributed to Narrative’s $700,000 seed funding along with Flux Accelerator, which is part of Icehouse Ventures.

Narrative was founded by photographer James Broadbent and software engineer Steffan Levet in 2017, launching less than a year ago with their own “bootstraps” and six months later, a small investment from friends and family.

READ MORE:
* Sir Stephen Tindall, Simplicity, The Icehouse, and $100 million for start-up companies
* Controversial US businessman Peter Thiel no longer a ‘substantial shareholder’ in Xero
* Foreign investment in NZ ‘a conversation worth having’

The pair teamed up to build their first app, a blogging tool, which after launching in 2018 now has thousands of paying users worldwide.

“Our first app helps users tell better stories online, faster. Since launching we’ve had people from around the globe tell us it has revolutionised their workflow,” Broadbent said.

The pair went on to join Flux Accelerator earlier this year, giving them access to a network of investors, and closing the funding round with contributions from Founders Fund Pathfinder, Eden Ventures, First Cut Ventures, New Zealand Venture and Investment Fund and several angel investors.

The funds will be used to expand the product base, a suite of desktop apps for professional photographers aimed at streamlining workflow. The company will hire three new developers to build the software as well as a marketing lead.

“For every day I spent behind the camera I spent three behind the computer. There is so much involved in the photographer’s workflow, not just editing. The next two products will sit in the workflow of a professional photographer,” he said.

Broadbent is keeping quiet about the specifics of those products, but is excited to have caught the attention of the high profile investors, who also have stakes in Airbnb, SpaceX, Lyft and Spotify to name a few.

“We’re incredibly proud to have brought on the investors that we have at such an early stage, especially Founders Fund,” said Broadbent.

“They’ve got the ability to pick what’s coming next. It’s also just massive recognition for us because people start to raise their eyebrows a little bit.”

“James and Steffan are drawing on their experience in the professional photography world to create the next generation of workflow tools for photographers. We’re excited to back Narrative as they bring long overdue products to the space,” said Founders Fund partner, Scott Nolan.

Narrative will be addressing a global market of around five million professional photographers.

Nolan who has been visiting New Zealand since 2011 when the Founders Fund invested in augmented reality start up 8i, met Levet last year and after some back and forth with the co-founders said the fund wanted in.

Nolan had also personally invested in the round as an angel, Broadbent said.