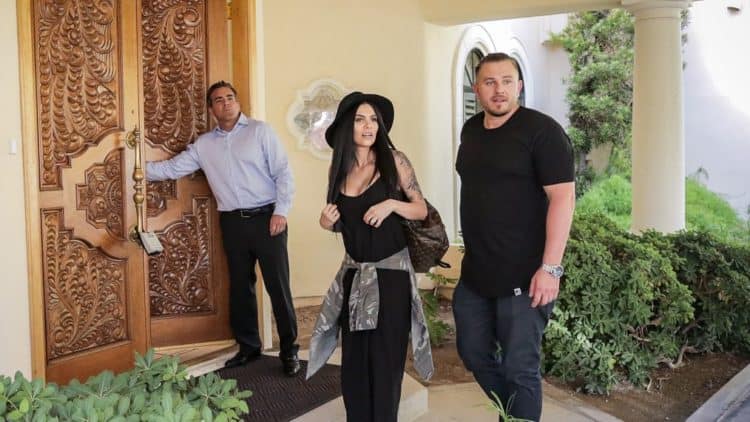 Most girls dream of walking down the aisle with the love of their life and live happily ever after. However, as many of those who have had the experience of marriage will tell you, happily ever after happens in fairy tales and among the first realities that newlyweds are hit with is getting a new house to call their own. As we watch this series that gives us a view of what to expect after exchanging wedding vows, here are a few more facts you should know about “Say Yes to the Nest.”

1. It is produced by Halfyard Productions

“Say Yes To The Nest” is produced by Halfyard productions, the same production company that produced” Say Yes To the Dress”, “Randy to the Rescue” and “I Found the Gown”. The company was founded in 2006 by Sean Gallagher and Abby Greensfelder, who also act as its co-CEOs. Apart from producing wedding shows, Halfyard Productions has also produced other hit reality shows including “Diggers”, “How the States Got Their Shapes”, Hillbilly Handfishin’.”

While you watched “Say Yes to the Dress”, you most probably wished that you would see how the couples coped with married life. The producers of the show must have thought the same because they went ahead to produce a spin-off that features recently married couples who are moving into the next step of marriage; buying a house that will accommodate the family they plan on having.

3. The couples featured have an extravagant budget

Some say “Say Yes to the Nest” is what you get when you combine two shows: “Say Yes to the Dress” and ” House Hunters,” inclusive of the extravagant budget. For instance in the episode titled “Vegas Dreams”, the couple has a budget of $1 million. However, they reject the first home with a price of $775,000 as well as the second house going for $865,000 and eventually settle for one with a starting price of $840,000. However, in the end, they spent nearly $1.5 million instead of the initially planned $1.06 million.

Cam Li and Brent had a lavish Miami wedding following Brent’s proposal on July 4th. Cam Li was a bride set on wearing black for her wedding, and maybe with her enthusiastic personality, the showrunners would not have the story end there for her. The couple feature in the premiere episode of “Say Yes to the Nest” and we watch them try and find the perfect house. However, for this couple, they include their mother in their search for their dream house since she will be living with them.

5. It is highly likely to have a second season

Say Yes to the Dress” has over 15 episodes and since Say Yes to the Nest is its spinoff, the likelihood of the show following in the same direction is very high. Therefore as The Cinemaholic puts it, we can almost be sure that this new show will have a second season and when renewed, we should expect it to premiere in May 2020. All the same, we can only keep our fingers crossed since we would all love to watch the excitement continue to unfold in the lives of newlyweds and maybe learn a lesson or two.

6. It planned on debuting first six episodes on March 2019

The show was produced for HGTV, and when “Say Yes to the Dress” returned for a new season on January 5th 2019 at 8 p.m., HGTV decided to give us a sneak peek into what to expect from ” Say Yes to the Nest”, at 10 p.m. on the same night. It planned on debuting its first six episodes in March 2019, but the first episode premiered on May 13, 2019. The first episode featured Cam Li and Brent while the next episode features Billy and Millisa who had been living with Billy’s parents.

7. It has a social media page

Now that everyone is on Instagram, twitter and other social media platforms, “Say Yes to the Nest” figured it should not get left behind in the hype and created a page. The show has a Facebook page, and so far, 641 people have liked it. It also has 647 followers and maybe as it progresses on to other episodes, it will grow its following to thousands of fans.

8. Each episode features a different couple

The show has different couples searching for their dream home, and since every couple has a different picture of the house they would like to have, each episode will also change depending on the demands of the newly married lovebirds. Moreover, since a couple has two people with varied needs of what they would like in the home, the episodes will also highlight the compromises they each have to make to settle on their future home.

9. It could have a spinoff of its own

Since it is from a TLC series, it might follow in the footsteps of its predecessors that all had spinoffs detailing the lives of couples from the time they had a wedding to the time they started raising a family. Former series on TLC that include “A Baby Story,” “A Wedding Story” and “Bringing Home Baby” captured the stories of several couples to the end sometimes. Therefore, even if at this point we cannot be sure if “Say Yes to the Nest” will have a spin-off of its own, it is still something that we cannot rule out as a possibility.

10. It aims to help fans experience life after marriage

According to Howard Lee, the general manager and President of TLC, the newly combined Discovery portfolio aims at creating strategic opportunities to engage fans on all platforms, while also creating innovative cross-over opportunities for their advertisers. Allison Page emphasized the point by adding that since viewers have lived through the brides featured in ” Say Yes to the Dress”, they can now experience post-nuptial bliss through ” Say Yes to the Nest” as they watch newlyweds begin their married life.

Breaking up your marriage to pursue your fiancé’s sibling, and more advice from Dear Prudence.