Home Honeymoon ‘She was so passionate and so ambitious’: IU alumna Delaney Frye dies...

Delaney Frye, a May 2019 IU graduate remembered by loved ones as a passionate environmentalist, driven achiever and loyal friend, died Sept. 30. She was 23.

Frye and her boyfriend Nicolas Hatfield, 23, were killed just before midnight in Indianapolis when a drunken driver collided with their car. Brock Frye, Frye’s brother and a junior at IU, said the couple was returning to their home in the Broad Ripple neighborhood after a night with her parents.

Frye, who grew up in New Palestine, Indiana, was a graduate of the O’Neill School of Public and Environmental Affairs with a degree in law and public policy. She had minors in environmental science and international studies.

Originally from Evansville, Hatfield met Frye about a year ago when they both lived in Bloomington. He worked as an accountant and had been taking classes toward a bachelor’s degree but was not an IU student.

After completing her studies, Frye moved with Hatfield to Indianapolis. She worked at Roche Diagnostics, a health care company focused on research.

Brock Frye said his sister interned as a park ranger in Colorado before she graduated and wanted to eventually move out west and work in environmentalism.

Brock Frye said he looked up to his sister as a guide for his life and college experience. She cared deeply about her friends, always sought out new experiences and spent time traveling, including study abroad trips in South Africa and Greece.

“Everywhere she went, everything she did was out of love,” Brock Frye said.

On Frye’s birthday, which was Aug. 27, Brock Frye sent a long text to tell her how much he looked up to her. He said she seemed surprised by the message because she didn’t always see herself as extraordinarily as others saw her.

“She always was working so hard to just make everybody feel loved that I worry sometimes she didn’t feel all that love herself, but I mean, it’s there. It was there,” Brock Frye said.

Brock Frye said Frye and Hatfield met online about a year ago and bonded over their love of music and games. They often went to concerts together and had weekly game nights.

Frye also left behind a cat named Athena, who now lives with Brock Frye and his roommate. The couple’s two other cats, Smoak and Hank, now live with Hatfield’s identical twin brother Corey in Texas.

Brock Frye said the funeral was the first time he met some of Hatfield’s family, which felt weird because the couple were wholeheartedly in love and talked about getting married.

“It should have been a wedding, you know?” Brock Frye said.

Olivia Ranseen met Frye her first day of college because they were both members of the Civic Leaders Center, a living-learning center, and had been one of Frye’s close friends ever since.

The two were roommates junior year and were also on the Student Sustainability Council together, Ranseen said.

Frye had one of the best laughs, Ranseen said, and was always making her friends feel valued and like their emotions were valid.

Paul Helmke, a SPEA professor and director of the Civic Leaders Center, said he knew Frye as an active leader during her years at IU.

“She could master about anything she set her mind to,” Helmke said.

Frye lived in the Civic Leaders Center her freshman year, Helmke said. She was in three of his classes before she graduated, including a summer study abroad to Athens.

Helmke said Frye received an A+ in her study abroad and civic leaders class, and just barely missed getting an A+ in a protest and dissent class of his she took her senior year.

The first class Helmke taught after he found out about Frye’s death was that protest and dissent class. He walked into the same room Frye was in just earlier this year and remembered where she always sat.

He talked about her then and later in the civic leaders class.

“Delaney’s not going to have the chance to do the great things I thought she was capable of, but she made a different to her friends and the civic leaders program and even me,” Helmke said.

Jill Wooton, another of Frye’s best friends and freshman year roommate, said the two met on the Schools App in October of their senior year of high school. They became friends over chat and felt like they already knew each other well by the time they first met.

“She’s just a ball of life the second when anyone meets her,” Wooton said. “She was always like that. She was so passionate and so ambitious.”

Wooton said Frye was determined to meet her goals and encouraged her friends to push themselves in the same way.

“She was so supportive for everyone else and their dreams, too,” Wooton said. “She would never let you slack on something or never let you doubt yourself.”

One of Wooton’s favorite memories of Frye is a Coldplay concert they went to with some friends the summer after their freshman year in Chicago. Even when it started pouring during the show, none of them cared.

The band kept playing, and the friends kept dancing. Coldplay’s song “Yellow” always reminds Wooton of Frye because of that night.

When Frye started dating Hatfield, he quickly became part of the friend group. Just like Frye, he loved to laugh and could make anyone feel welcome.

“He wanted the world for both for them, but I definitely think he wanted to give the world to her,” Wooton said. “They both tried very hard for each other and gave that love and respect and everything like that.”

Wooton also lives in Indianapolis and would see Frye and Hatfield regularly. At a beer garden a few Fridays ago, they talked about the couple’s plans to move out west. Wooton said at the time, that much distance between them seemed unbearable.

“I miss you more in a week than I do anyone else,” Wooton told Frye.

Wooton said she wants to make a greater effort to care for the environment in honor of Frye.

She also plans to live her life to the fullest and not be afraid of the world despite what happened to her friend. Wooton knows that’s not what Frye would have wanted.

“She would want us to carry out that legacy of her passion,” Wooton said. “She loved life. She just did.” 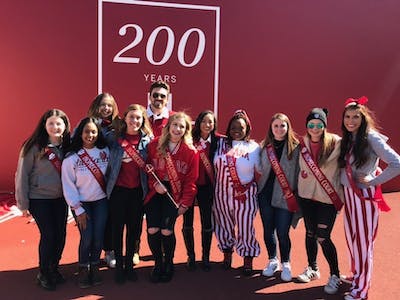 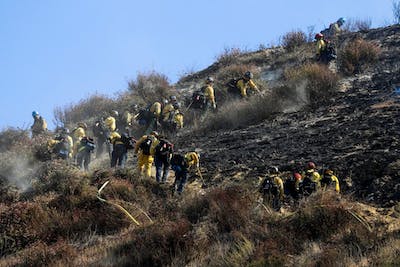 All evacuation orders were lifted Saturday afternoon in the northwest San Fernando Valley. 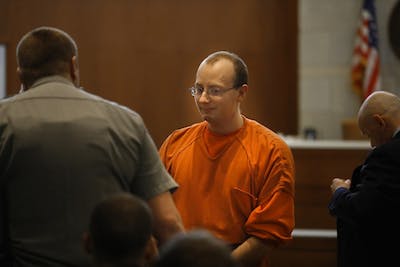 Numerous states have recently passed some of the most restrictive abortion laws in the nation.

Miss Manners: Engaged couple have their priorities upside down

A New Interpretation on a Classic Story