Married At First Sight star Jules Robinson is just days away from tying the knot with Cameron Merchant in a televised wedding for Nine’s A Current Affair.

And it appears Jules couldn’t help but take a savage swipe at her former bridesmaid Melissa Lucarelli while preparing for her big day in Sydney.

Amid the ongoing feud between the MAFS co-stars, the 37-year-old shared a rather telling photo and caption to Instagram about who her ‘real friends’ were. 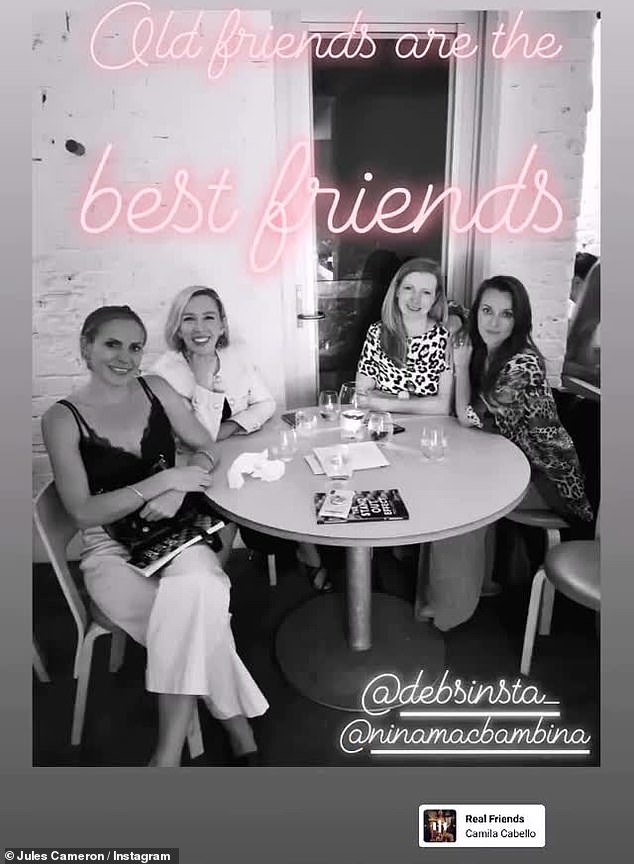 Shots fired! Jules Robinson shared a photo of four friends and captioned it: ‘old friends are the best friends’ in an apparent nod to her feud with Melissa Lucarelli that began after she was dumped as a bridesmaid

Jules chose to share a photo of four friends sitting around a table in preparation for her wedding to Cameron – which will air on Tuesday.

She captioned the photo ‘old friends are the best friends’ in an apparent nod to her feud with Mel, 38, that began after she was dumped as a bridesmaid.

Driving the point home further was her choice of song, which was Real Friends by Camila Cabello. 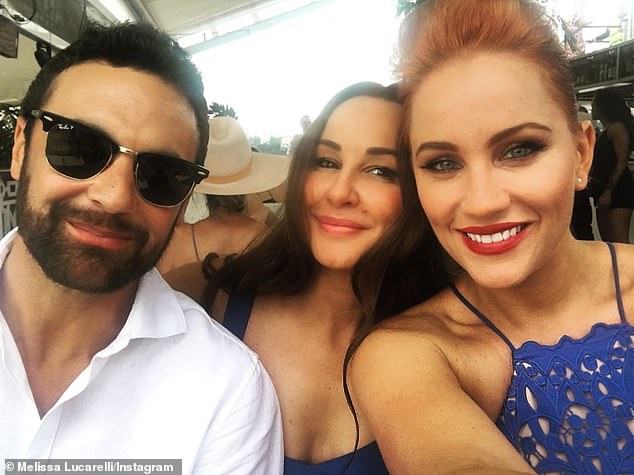 The feud continues? The post about ‘real friends’ appeared as an apparent nod to her falling out with MAFS co-star and former bridesmaid Melissa (middle) 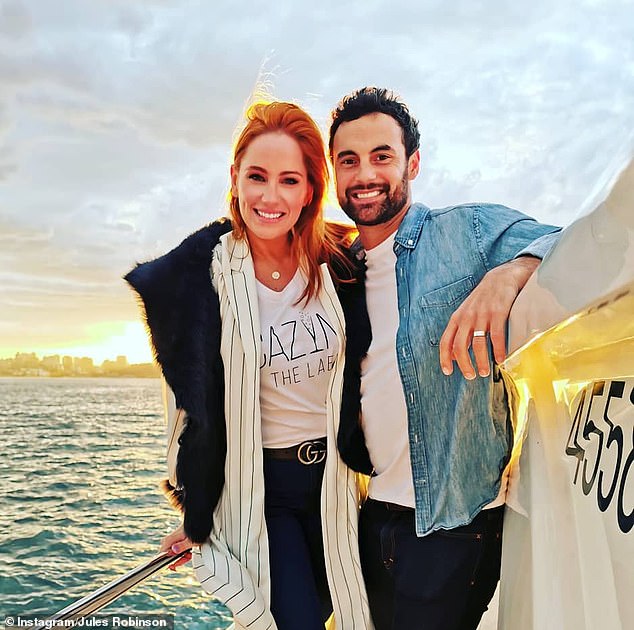 ‘Every time I let somebody in / Then I find out what they’re all about’: Jules (left) had carefully selected which lyrics of the song would be heard to accompany the image, which appeared to be a swipe at former pal Melissa (Pictured with Cameron Merchant)

The fallout has left a path of carnage since Mel confirmed the dumping to NW magazine late last month, just weeks before the big day.

‘One day we were texting about family and babies, then two days later she was dumping me as a bridesmaid!’ she told the magazine. 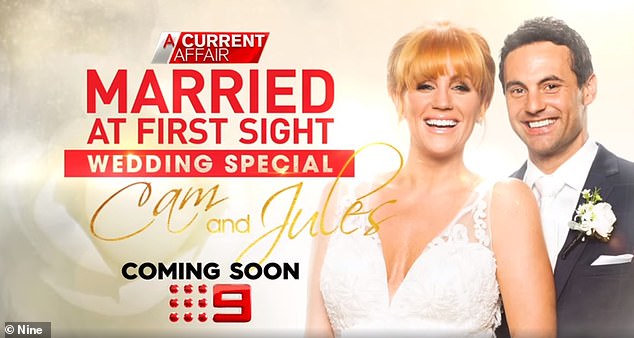 Save the date! Jules (left) and Cameron’s (right) ‘wedding of the year’ will air on Tuesday as a ‘special event’ on A Current Affair

She went on to claim that Jules had simply ‘used their friendship for publicity’ by asking her to be a bridesmaid on the season finale of MAFS earlier this year.

A source close to Mel also told the Daily Mail Australia last week the normally bubbly brunette hasn’t been herself since falling out with Jules.

‘She feels like Jules used and betrayed her,’ says the pal. ‘It really hurt her feelings because she thought their friendship was real.’ 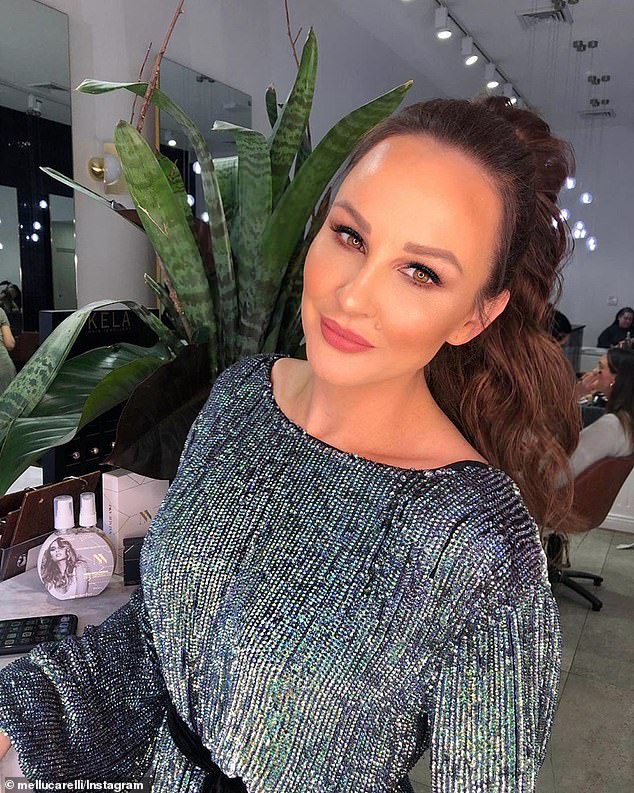 ‘She feels like Jules used and betrayed her’: Melissa (pictured) is still in shock after being abruptly axed as Jules’ bridesmaid just weeks before the hairdresser’s wedding

The pal added: ‘She already got burned by Dino [Hira] on Married At First Sight, and now she’s been dumped by her best friend from the show. She can’t catch a break!’

It builds on claims that Jules was acting like a ‘diva’ after it was revealed Jules had prepared a list of ‘rules’ to protect her exclusive television deal.

Jules has told guests they are banned from sharing any photos or videos to social media until 10 days after the airdate. 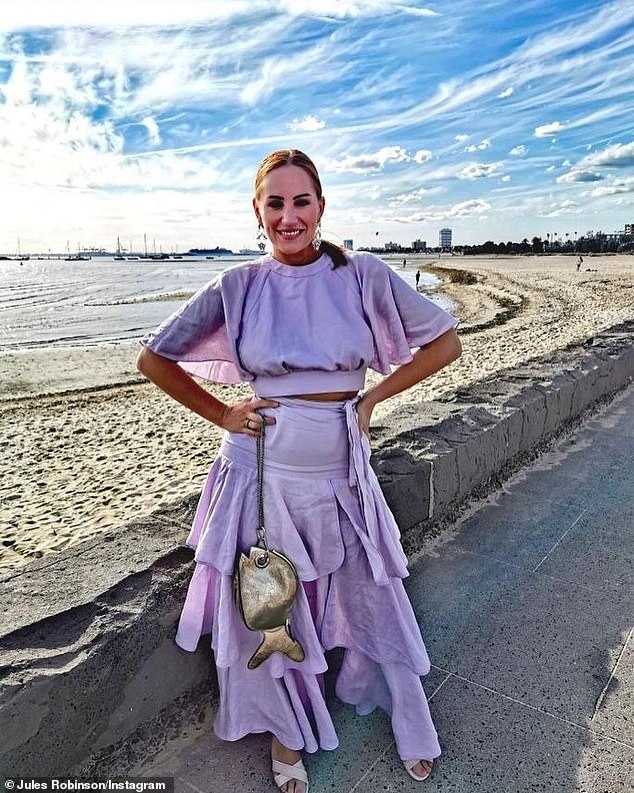 Sell-out: In order to protect the TV exclusive, Jules has told guests they are banned from sharing any photos or videos to social media until 10 days after the airdate

Furthermore, caterers and other professionals working the big day are required to sign non-disclosure agreements (NDAs) that legally prevent them from discussing details of the wedding publicly.

For the ceremony and reception, Jules and Cameron have secured sponsors to provide complimentary services, including alcohol in exchange for coverage.

Who Went Home on ‘The Bachelor’ Week 1? Peter Weber Eliminated Multiple Women in the First Rose Ceremony of 2020

Why ‘Marriage Story’ is our story