They may have spared no cost when it came to the venue, flowers and decorations for their wedding on Sunday.

But Married At First Sight stars Jules Robinson and Cameron Merchant appear to have cut costs in other areas.

Jules is believed to have had two dresses for her wedding – a ‘Cinderella’ inspired gown for the actual exchange of vows, and a ‘sexier’ number for the reception.

It appears she was wearing her favourite floral frock as her ‘leaving outfit’ upon exiting the wedding and reception venue late in the evening.

Jules had worn the flirty number with v-neck cut and an asymmetrical, ruffled hemline when she picked up her wedding gown from Velani bridal wear in Five Dock, last week. 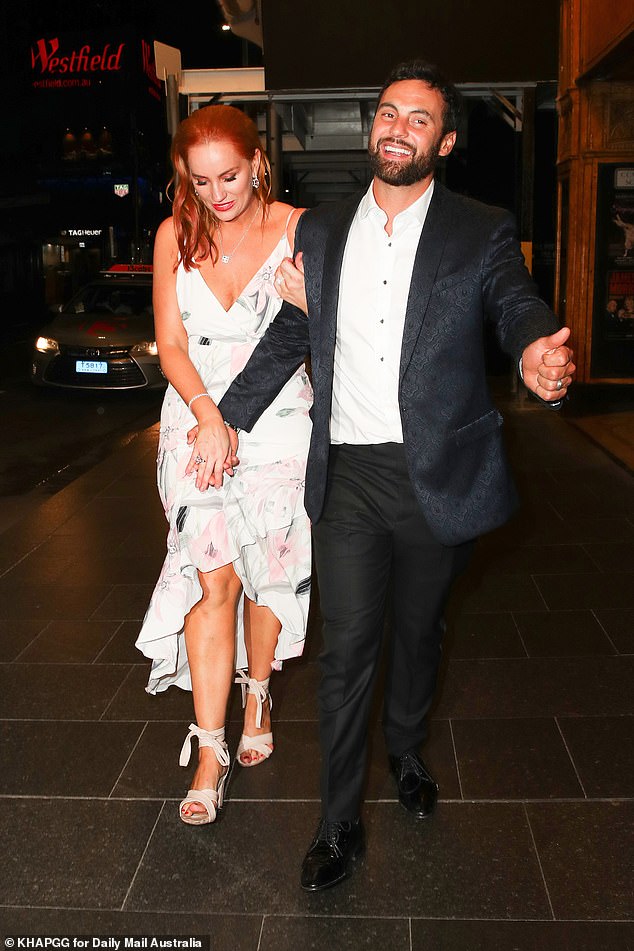 Bride and groom! It appears she was wearing her favourite floral frock as her ‘leaving outfit’ upon exiting the venue late in the evening

She also wore the same pair of strappy nude espadrilles.

She had her vibrant red hair coiffed to one side, in soft retro waves that sat on her bare shoulder.

She wore a glittering tennis bracelet and a delicate necklace to complete her accessories.

Cam And Jules’s wedding was filmed for A Current Affair, with a special on the nuptials airing on Tuesday.

Retired cricketer Cam appeared absolutely overjoyed, smiling, skipping and hooting with his hand in the air as he celebrated his new status as a husband following the nuptials.

The reality star was proudly wearing his new wedding ring, and could not wipe the smile off his face. 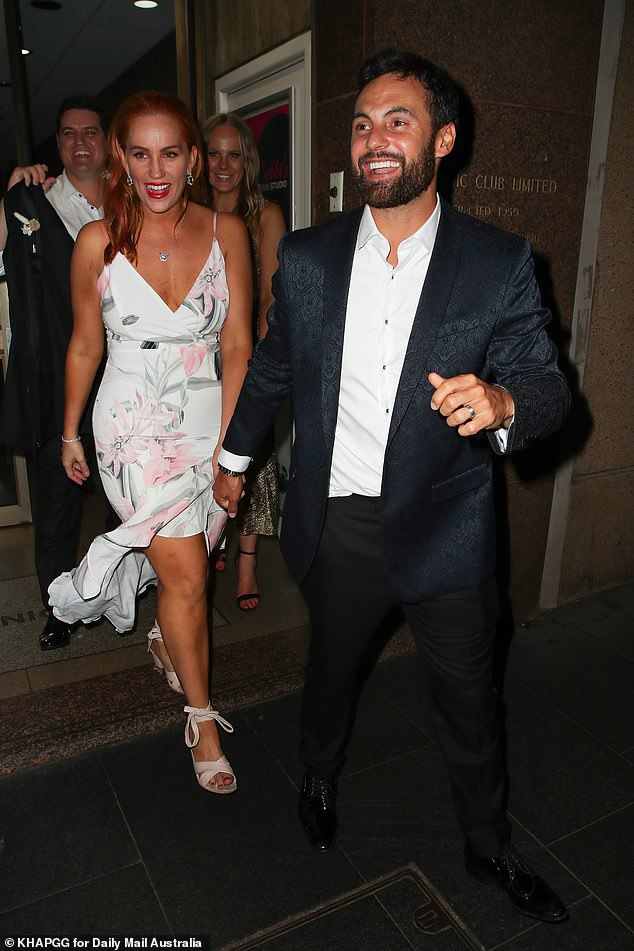 TV stars: Cam And Jules’s wedding was filmed for A Current Affair, with a special on the nuptials airing on Tuesday

Cameron and Jules were married in a non-binding ceremony over a year ago while appearing on Married At First Sight.

On Sunday, they made their love for one another official, walking down the aisle in front of cameras once more, but this time for real.

They had become engaged during the final commitment ceremony for the show, with Cameron getting down on one knee and asking to marry Jules for real.