Home Planning Hair & Makeup Eva Mendes poses wedding ring-free and talks about what inspires her for...

She’s appeared in a few cult favorite films, and has two little girls with one of the biggest heartthrobs on the planet.

Actress and businesswoman Eva Mendes graces the cover of HOLA! USA’s December/January issue, and the longtime love of Ryan Gosling took the opportunity to open up about her ongoing collaboration with New York & Company for an exclusive fashion line.

On the magazine’s cover, the Miami, Florida-born Cuban-American beauty looks completely ravishing in a maroon two-piece set with three-quarter sleeves and a fabric sash at the waist, but one element is conspicuously missing: Eva is sans wedding nor engagement ring. 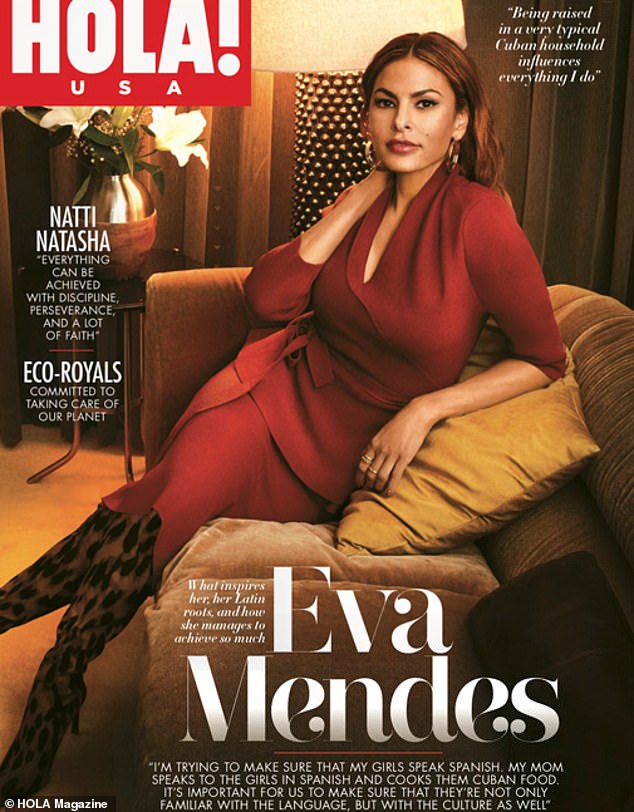 It’s curious to note the omission of a wedding ring in the photo; although it is often reported that she and her Place Beyond The Pines costar Gosling tied the knot back in 2016, a publicist for the pair disputed that claim and their status as a married couple is not verified.

Nonetheless, the pair, who met while filming their dramatic thriller back in 2011, are evidently still going strong and share two beautiful daughters, Esmeralda, five, and Amada, three.

Mendes, 45, has her hair down for the Hola! cover pose, and wears thick gold hoop earrings.

The highlight of the Bad Lieutenant: Port Of Call New Orleans star’s look, however, are the fabulously sexy cheetah-print stiletto boots she has on. 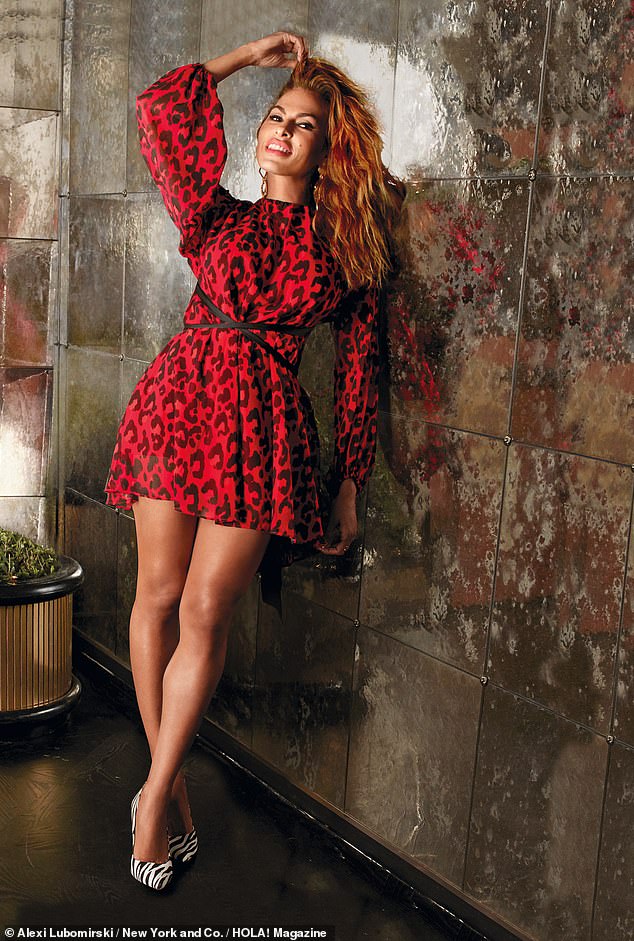 The cat’s meow: Eva showed off her legs in a short, red cheetah number in the piece 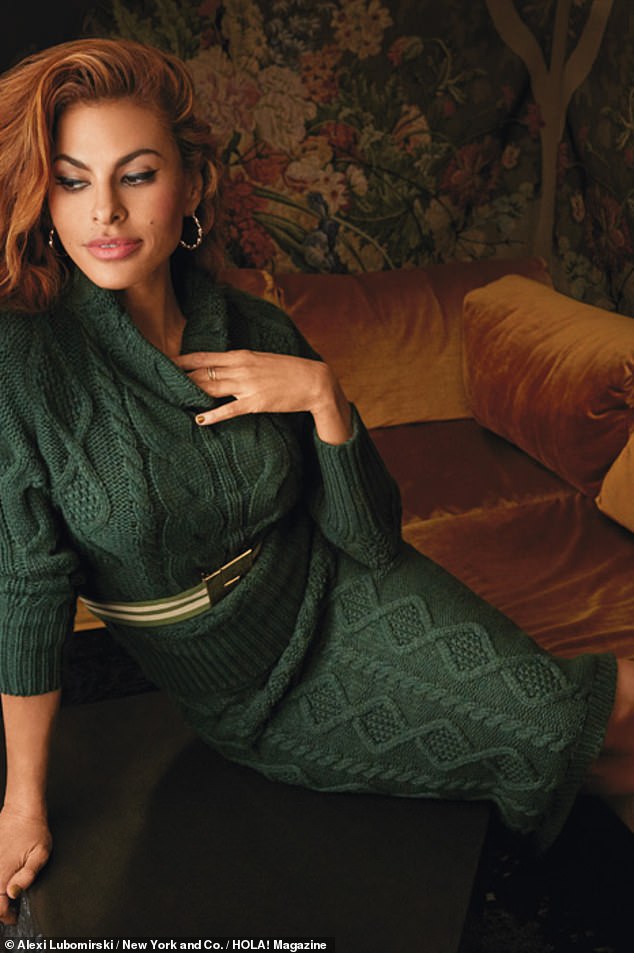 Breezy beauty: In the article, Eva took the opportunity to open up about her ongoing collaboration with New York & Company for an exclusive fashion line; seen here at the retailer’s Burbank location in March

Of her fashion collab, which she’s done for the last six years, the Hitch actress said, ‘I feel so lucky to be doing something that I can be creative with and that gives me another way of expressing myself.’

Eva’s last acting credit dates back to 2014 for Lost River — the same year she had her first daughter.

In terms of influences for her fashion line, which is attainable both online and in stores, Mendes flashed back to her roots. 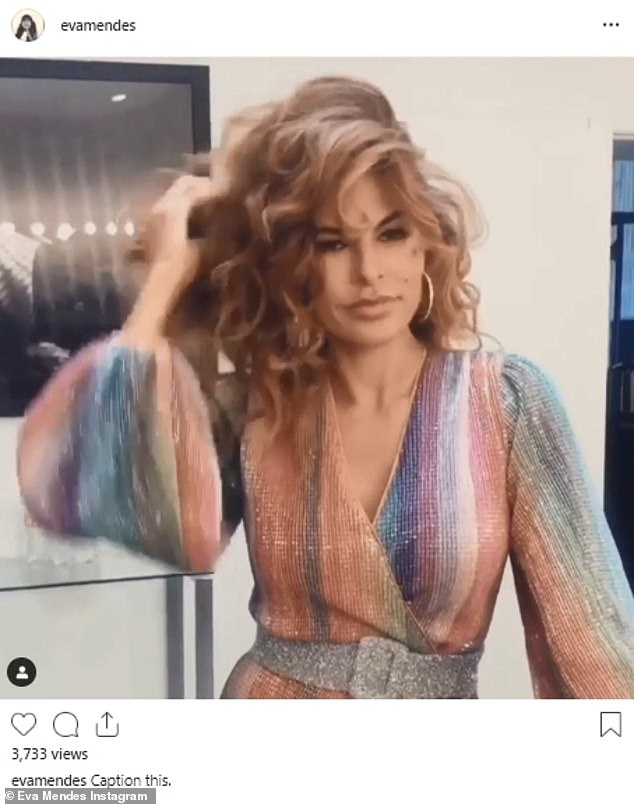 Growl: ‘I feel so lucky to be doing something that I can be creative with and that gives me another way of expressing myself,’ the Hitch actress said of her fashion collab

‘I grew up in the ‘80s and ‘90s, and as soon as I turned 12, my mom would let me go to the mall with my girlfriends because it was only a few blocks away,’ Mendes continued.

‘I have a very strict Cuban family, and all we would do is hang out in malls. So the fact that I’m in an actual brick & mortar store means a lot to me because it is a dying breed.’

She also mentioned the female members of family as particular influences. 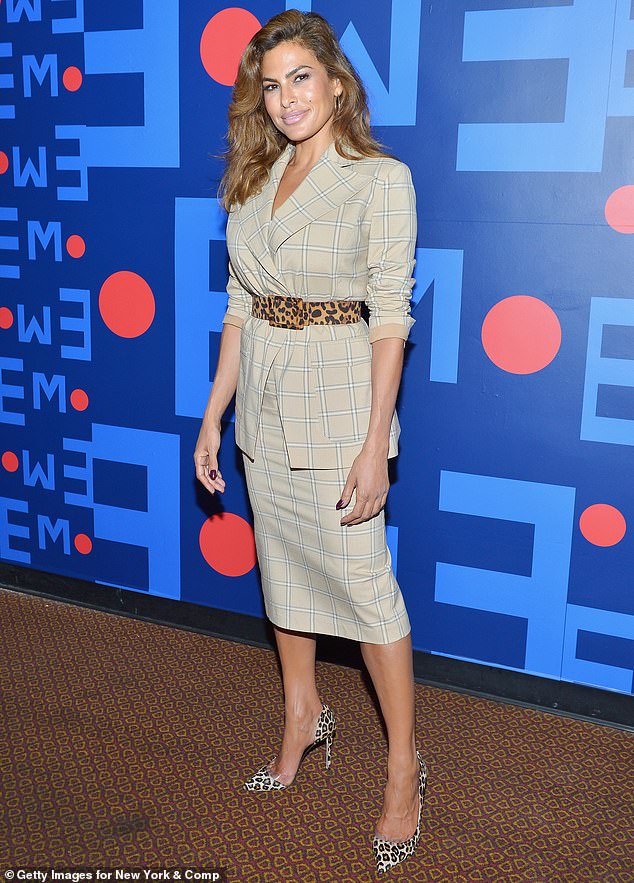 Hot mama: Eva and her beau Ryan Gosling, who met while filming The Place Beyond The Pines back in 2011, share two beautiful daughters, Esmeralda, five, and Amada, three; seen here in September of 2018

‘I have two sisters that are older than me, and I remember seeing them and my mom when they would put a little bit of effort into what they were wearing. I would stare at them, and I loved to see them feel good about wearing something beautiful.’

‘My mom helps me with a lot of women that I personally didn’t know growing up,’ she continued.

‘I get a lot of inspiration from Latin women from that era, and then me and my mom will start to talk and look up to stuff, and it’s just fun. That’s a way for me and my mom to bond.’ 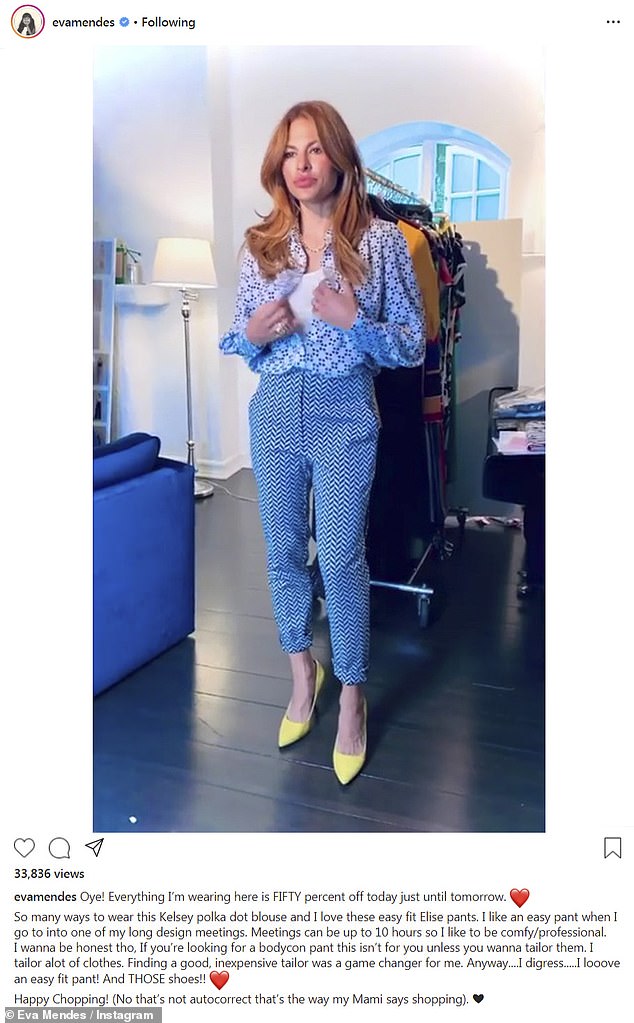 Connected: ‘My mom helps me with a lot of women that I personally didn’t know growing up,’ Mendes says of her fashion inspirations; seen here in a recent Instagram post displaying her line’s products

Top startup ideas for entrepreneurs of all ages to make money

13 Bridal Headbands And Hair Accessories For Your Wedding Day