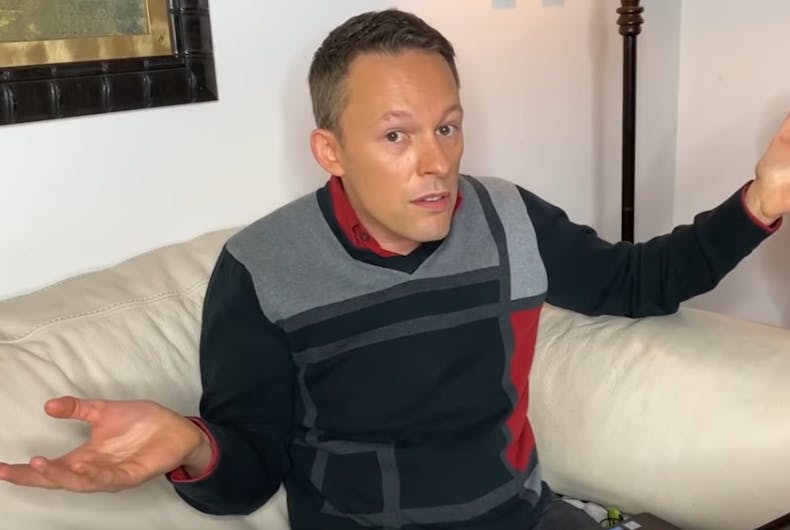 The Sheraton Buganvilias Resort & Convention Center in Puerto Vallarta, Mexico has allegedly refused to host the same-sex wedding of Josh Rimer, the winner of Mr. Gay Canada 2019, and his fiance Heath.

A spokesperson for Marriott, which owns Sheraton, has since apologized and promised to do what it can to avoid any similar situations in the future.

Related: A wedding venue refuses mixed-race & same-sex couples. They say they have that right as Christians.

The couple intended to have a destination wedding with about 40 guests at an all-inclusive resort. But after a long period where Rimer repeatedly left phone messages and unsuccessfully tried to book the event only to have the resort not reach back out to him, he finally began to arrange the event’s details over the phone with a resort employee.

When he clarified that he wanted the wedding planners to provide two boutonnieres for both grooms (rather than a bouquet and boutonniere usually provided for a bride and groom), the hotel employee reportedly went into a “very long, weird, rambling answer,” stating, “Oh, ummm, we don’t specialize in same-sex weddings. Um, you know, there’s other venues that do, and um, this isn’t really something that we deal with.”

The employee said they’d have to check the resort’s availability amid other prospective bookings. A few days later, the resort sent Rimer this e-mail (in slightly broken English):

I am infinitely grateful that you have thought of Sheraton for your big day, however, our hotel and our staff is not specialized to carry out an equal wedding and we would not like to take your wedding as a trial and error as our service could be poor compared to what characterized Sheraton, because we know and we are aware that is your special day for you and your fiancé, and do not want that by our non-specialized service some conflict can be generated on your big day.

The employee suggested other hotel chains in the area.

Rimer then took to YouTube to criticize the Sheraton. In his video, he said:

I don’t know if she thinks we’re going to show up in speedos with gogo dancers and we expect the officiant to be wearing leather chaps. This is just a normal wedding. It just happens to be with two guys….

And why don’t you specialize in it? It’s 2019 and you’re a hotel. Everybody knows that … the LGBTQ market is a huge travel segment with often more disposable income to spend on trips.

He adds that his ceremony was going to be on the beach away from the resort itself anyway, meaning that any guests who might’ve possibly been offended wouldn’t have likely seen the actual ceremony anyway.

He thought that a hotel chain might welcome a gay travel vlogger like him who has 34,200 YouTube subscribers that could be influenced to stay at their resort. He’s also disappointed that the resort didn’t at least say that they had plans to accommodate same-sex weddings in the future.

Rimer said until he received answers about what happened, he’ll never to stay at another Sheraton resort again. In the meantime, he and his fiance were freaking out and searching for another venue while his guests waited to arrange their travel and personal schedules to attend an event that should’ve been much easier to arrange.

A spokesperson for Marriott apologized for the incident.

“We are troubled and greatly concerned about the experience reported by Mr. Rimer,” the spokesperson told LGBTQ Nation, adding that they got in touch with Rimer and apologized to him.

“Marriott has long been committed to providing an environment where all are welcome including our LGBTQ guests and their loved ones.”