A wedding influencer has opened up about how she re-branded herself and her writing following her divorce, as she has since focused her content to target followers going through similar situations.

Molly Rosen Guy founded Stone Fox Bride in New York City with the focus to sell wedding dressed and engagement rings to couples ready to walk down the aisle. But she decided to go on hiatus following the death of her father and divorce from her husband, whom she has two daughters with.

When speaking to the New York Times, Guy detailed how she was transforming her platform following her re-branding. 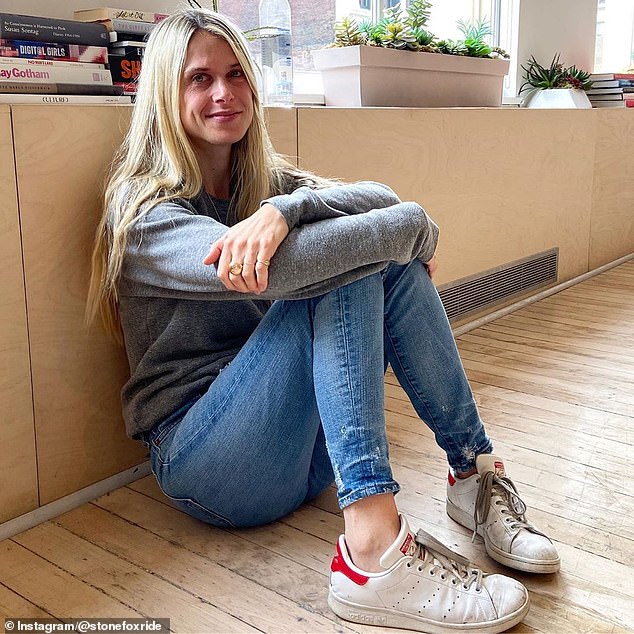 Women in transition: Molly Rosen Guy founded Stone Fox Bride in New York City in 2012 but then closed the company in 2018 following her divorce and the death of her father 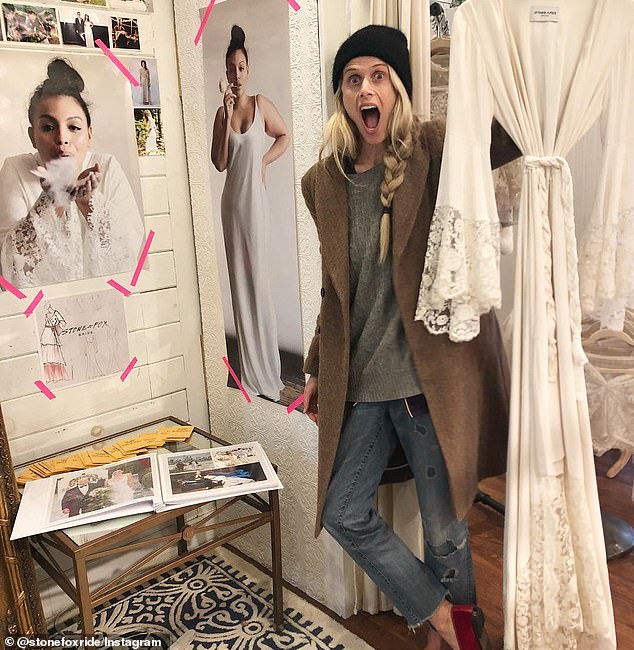 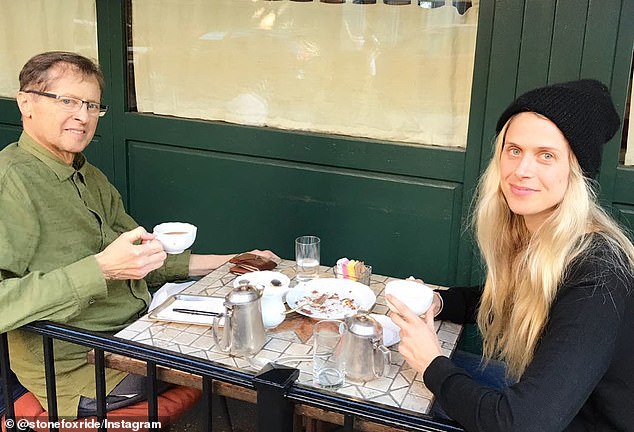 Heartbreaking: Her father’s death from cancer (pictured) and her divorce convinced Guy to take the company on hiatus

‘First of all, the plan was never to be the public face of weddings,’ Guy told the publication. ‘The plan was just to be a writer. To be the next Great American Novelist. I’m just kidding.’

But she wasn’t totally kidding about the dream.

Guy pursued a writing career after getting her M.F.A in creative writing, going on to sell a novel she described ‘sort of turned into a disaster.’ 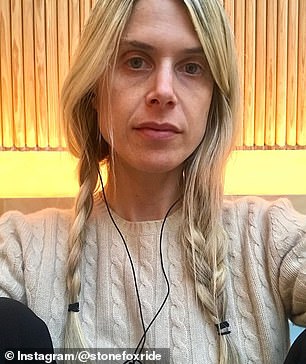 Re-branding: Guy is now working on a memoir she currently has titled Blood and Diamonds

Then the woman secured a loan of $250,000 from her brother-in-law and used the funds to open up her own wedding shop titled Stone Fox Bride in 2012. Her goal at the time was to create ‘cool’ wedding looks for women who were non-traditional about the event.

This idea sparked for Guy during her own wedding after she found all the dresses advertised for her were nothing like what she wanted to wear.

‘Cool wedding culture — I’m proud to say, I think I was the pioneer of that space,’ she said. Her shop promoted a bohemian style in both dresses and rings for customers.

Stone Fox Bride then blossomed to success where it built an online community of ‘mellow mamas’ looking for stylish options for their wedding. The community included a weekly newsletter, curated Instagram feed, and Molly writing monthly columns for Vogue.

Guy also secured her following on Instagram by using her media skills to draw in customers with creative hashtags and stories from clients. Her #stonefoxrings, which involved her sharing clients’ proposal stories and pictures of the rings, helped Guy grow her following to more than 100,000.

But all changed in 2018 while Molly was dealing with her personal life. 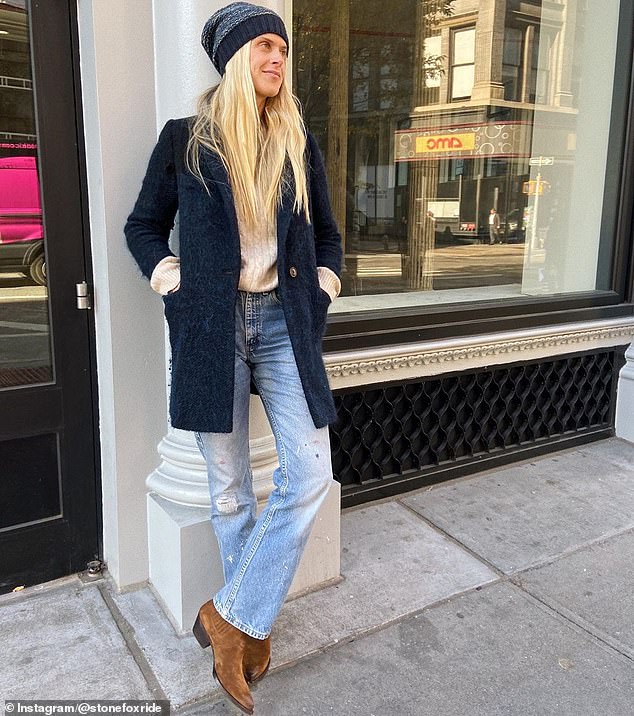 New focus: She continues to capitalize on the ‘women in transition’ brand, stating she’s not the only one whose marriage ended in the 2010s 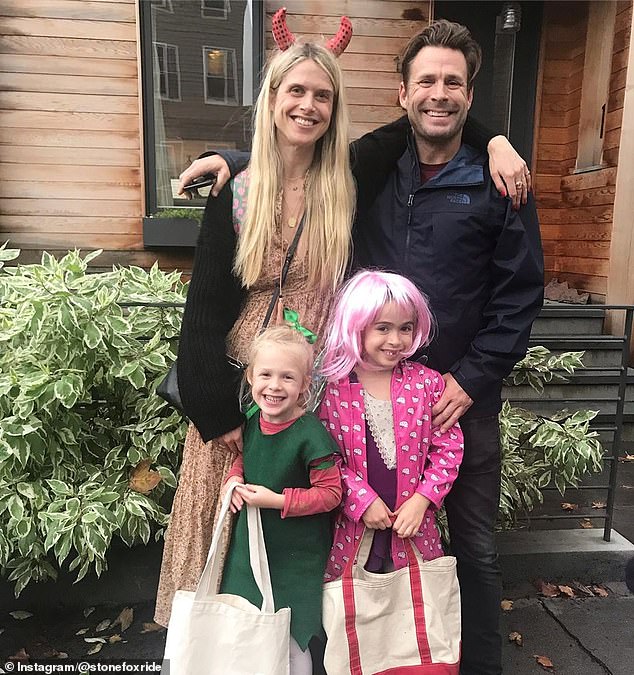 New normal: Guy also keeps it real with her Instagram followers by speaking about her divorce and how she and her ex-husband co-parent their two daughters 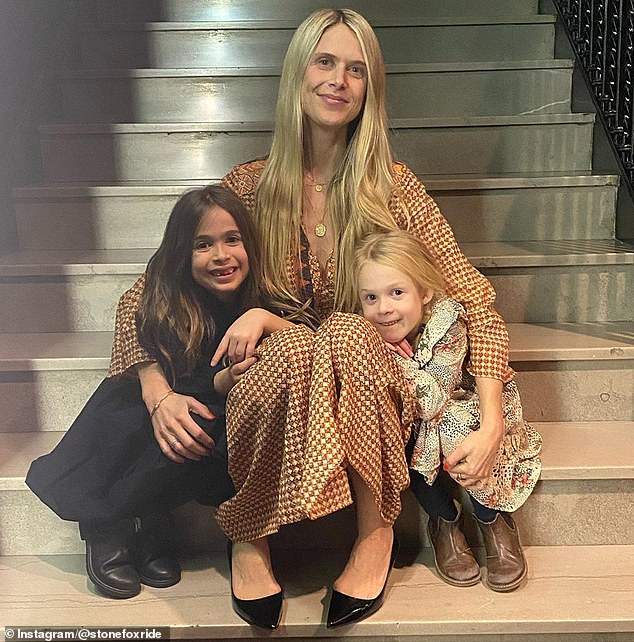 Working through it: Besides writing her memoir and changing her online brand, Guy (pictured with her daughter) leads writing classes

‘I’m no longer selling wedding dresses and engagement rings,’ Molly revealed when speaking to Cools earlier this year. ‘I’m focusing much more on women in transition.’

‘I went through a divorce and lost my dad within six months last year. It just didn’t feel right to be selling wedding dresses while I was going through a divorce, and after my dad died I couldn’t bring myself to go back to them.’

Her father died unexpectedly after living with a rare blood cancer called polycythemia vera for over 20 years. His death came during a stem cell transplant.

‘The worst thing that’s ever happened to me by far,’ Molly wrote in an emotional tribute to her father after his death.

At the same time, Molly was going through a divorce from her husband of seven years, whom she had been with for more than ten years, while still balancing being a mother to their two daughters.

‘I couldn’t get excited about weddings the same way I did five years before,’ she told Cools. ‘I was desperate to think of an alternate income stream, and I wanted to keep doing what I love to do.’ 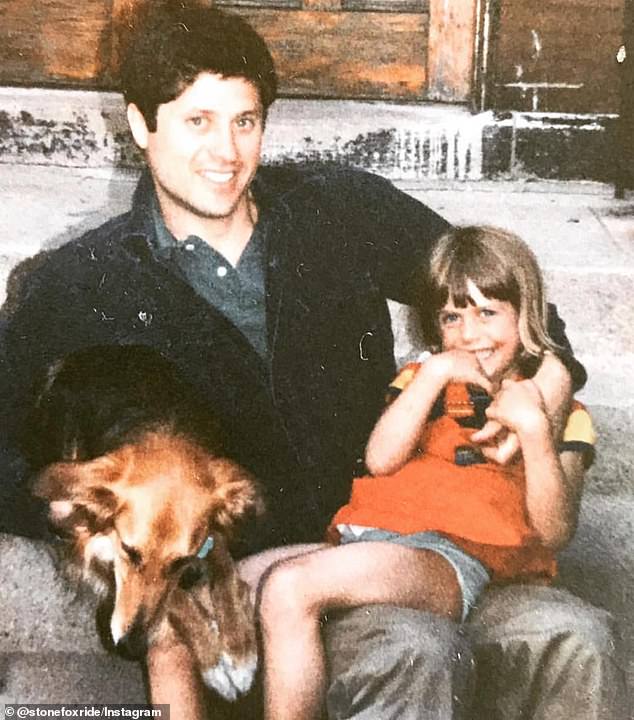 Inspired: Guy also launched a #cluboflostdaughters hashtag for other women who are going through the loss of a parent

Guy is now working on a memoir she currently has titled Blood and Diamonds. And she continues to capitalize on the ‘women in transition’ brand, stating she’s not the only one whose marriage ended in the 2010s.

‘A lot of my brides started to enter these messy transitional middle places, which I could really identify with.’

Besides working on transforming her business in a new direction, Molly also created the hashtag #cluboflostdaughters to help other women express their grief after losing their parents.

Guy remains uncertain about where her future might go in terms of designing dresses or rings again, but she did tell the publication women have approached her about designing dresses and rings fit for a ‘stylish and spiritual divorce’.