It’s a tricky business, being Madonna.

With her latest boyfriend plus adopted twins, two other adopted children and a 23-year-old daughter, it added up to a lot of luggage following her through Heathrow this week.

The Queen of Pop needed two full trolleys as she and her brood headed off to the Maldives — but she’s not the only celebrity to spurn the notion of packing light, nor the only one whose designer luggage costs as much as a family holiday. ALISON BOSHOFF reveals the celebrity top trunks… 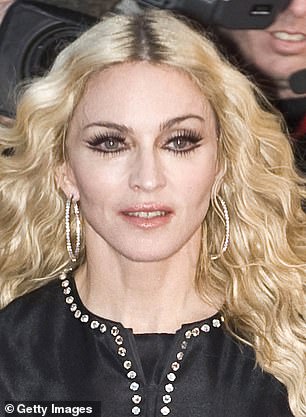 Madonna is not known for packing light

Number of bags: 26, on two trolleys — for seven people.

Madonna was flying into London from New York, it seems to pick up son Rocco, 19. But he preferred to stay with his father Guy Ritchie.

She is now in the Maldives without him but with adopted Malawian twins Stella and Estere, adopted daughter Mercy, adopted son David, daughter Lourdes and her own latest boyfriend, Ahlamalik Williams, 25.

Jet-setting lifestyle: Madonna, 61, is based chiefly in New York.

She is in the middle of an 86-date tour that is moving from the U.S. to Lisbon, London and Paris. She also has a home in LA. 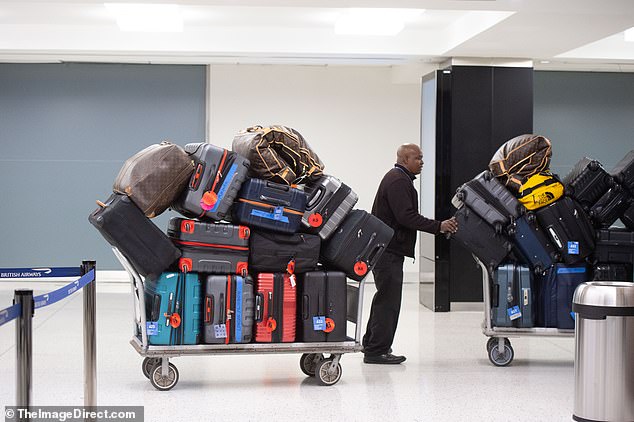 Number of bags: Ten bags for Rod and Penny, on one of many trips from their house in Los Angeles to their home in Essex. 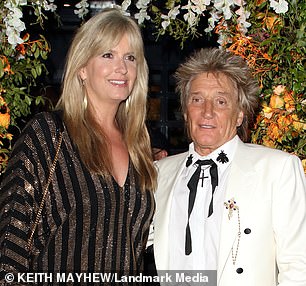 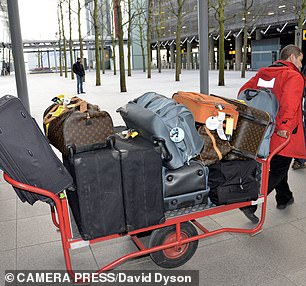 There were ten bags for Rod and Penny, on one of many trips from their house in Los Angeles to their home in Essex

Jet-setting lifestyle: Penny, 48, and Rod, 74, live in Essex with their two sons Alastair and Aiden.

They also spend time at the family’s home in Los Angeles and Rod, a father of eight, has a residency in Las Vegas.

Not only does the model and actress refuse to travel light, she also matches her accessories to her royal purple suitcases. 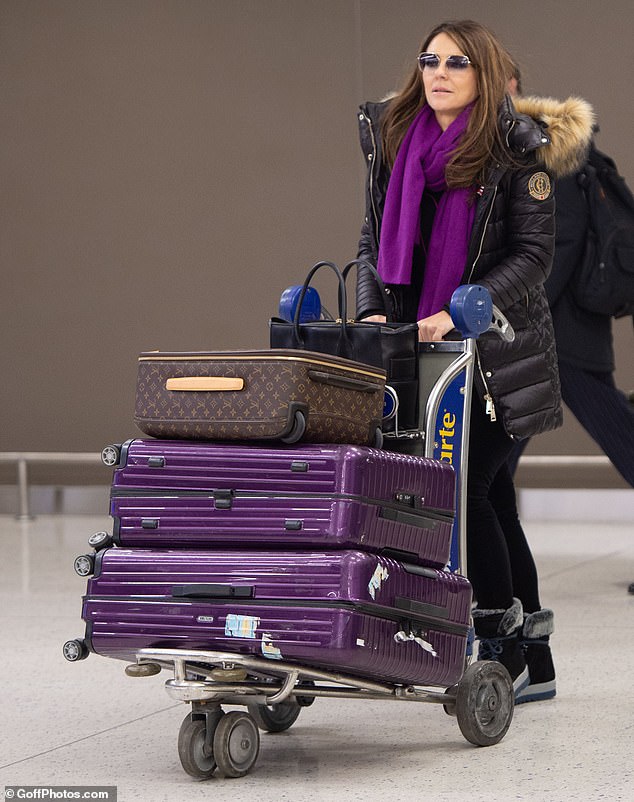 Jet-setting lifestyle: Liz travels as an ambassador for Estee Lauder’s breast cancer charity and on business for her own swimwear company.

Keeping up with Kim

To be fair, though, she was en route to her wedding in Italy to Kanye West. 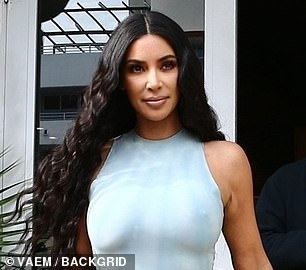 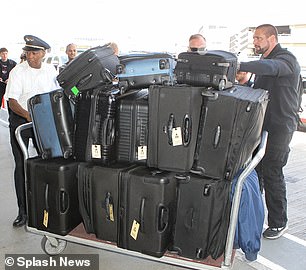 Jet-setting lifestyle: Kim, 39, travels less than she used to after being robbed at gunpoint in Paris in 2016.

Now a mum of four, she mostly stays in Hollywood and lets the world come to her. Mexico is a favoured holiday destination. 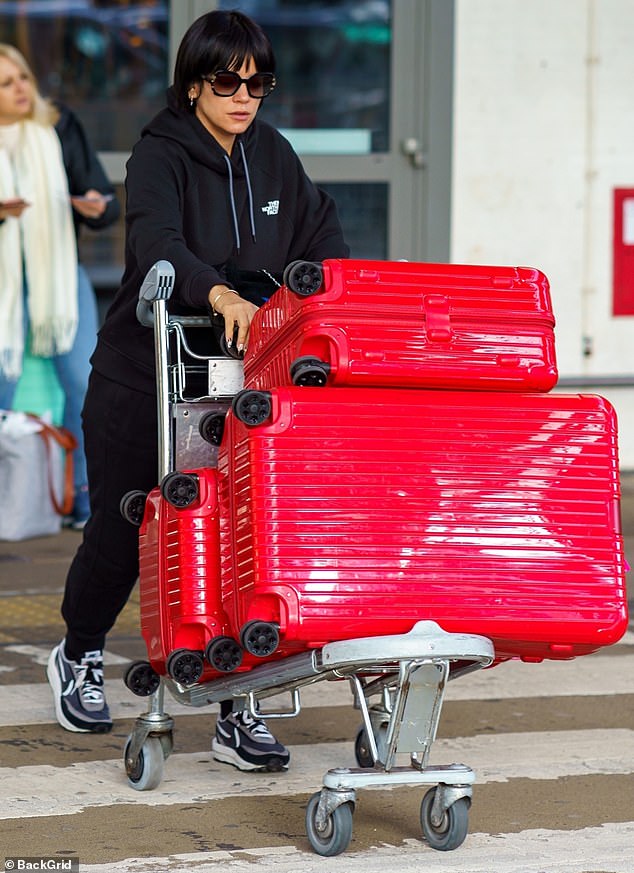 When not holding forth as a climate change campaigner, Lily Allen loves a holiday — Ibiza, the Maldives, St Barts

Jet-setting lifestyle: When not holding forth as a climate change campaigner, Lily loves a holiday — Ibiza, the Maldives, St Barts. And with a transatlantic romance on the boil, she will be packing her bags more than ever.

That’s a lot of bikinis!

Cost of luggage: The Samsonite Cosmolite Spinners cost £429 each, totalling £4,719.

Jet-setting lifestyle: WAG Coleen, 33, loves a holiday and before Wayne moved to Washington, the family would take up to 11 breaks a year. 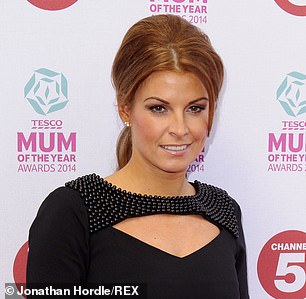 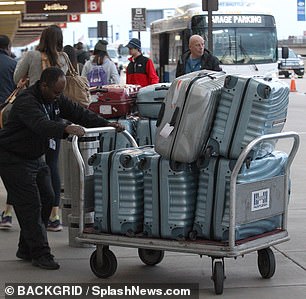 In 12 years of marriage they have spent more than £2 million on holidays — and Coleen has over 100 bikinis.

They barely holidayed during their American period, but this is expected to change now they are back in the UK.

Buckling up with runway royalty

Number of bags: Three. At first glace, a modest haul for a supermodel.

Cost of luggage: Over £7,000. Although the cases from the Centenary Collection look old-school, this classic heritage brand, also favoured by the Queen, doesn’t come cheap. 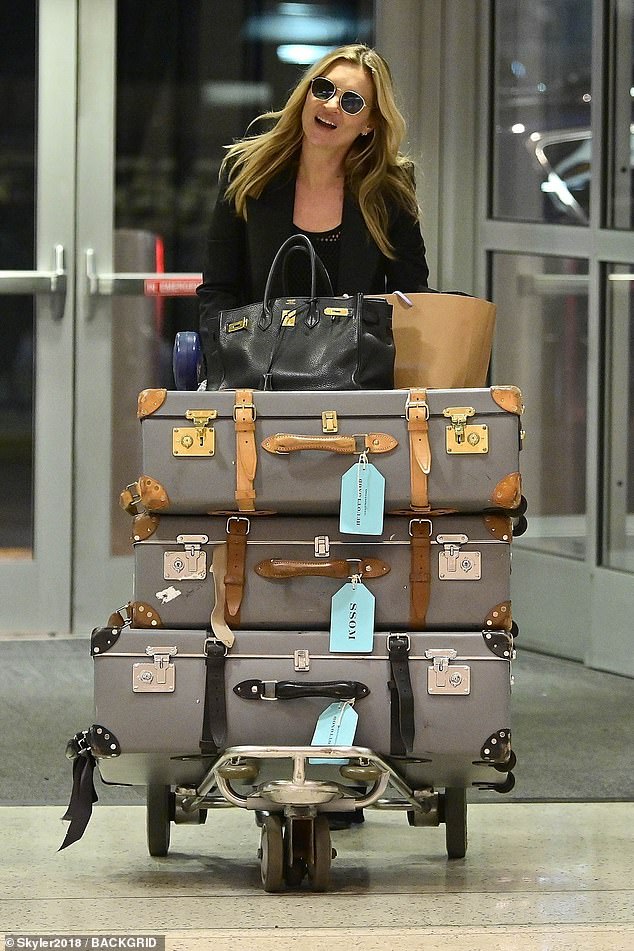 Kate’s Globe Trotter suitcases cost around £2,000 each — the extra-deep option with wheels is a cool £2,915

Those with even deeper pockets may be interested in the company’s bespoke range.

Jet-setting lifestyle: Although her catwalk days are behind her, Kate, 45, remains a frequent flyer (but not with easyJet, since she was escorted off a flight in 2015 for disruptive behaviour).

Number of bags: Seven, plus four handbags — and bags of attitude in this image of Donatella, posted on social media in 2018. 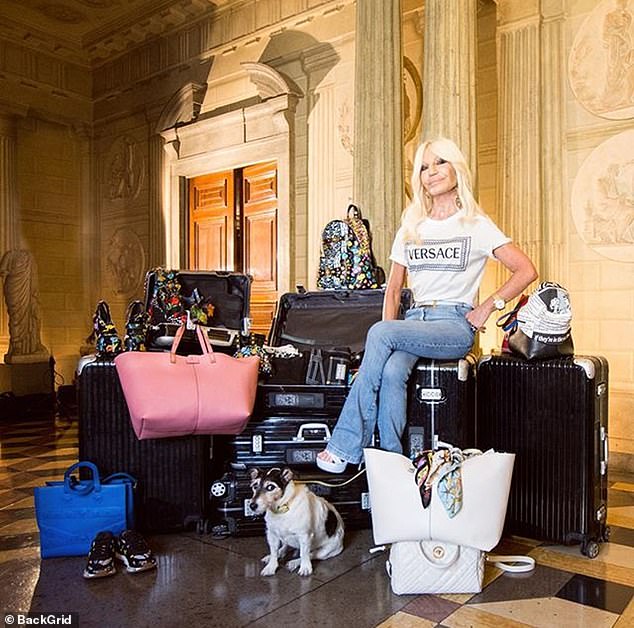 The German luggage company was snapped up by luxury conglomerate LVMH in 2017.

Jet-setting lifestyle: Donatella, 64, has a house in Milan and a house at Lake Maggiore.

She said: ‘Every summer I try to pick a new destination. I normally never go to the same place because, considering my personality, I would soon get bored. In general, I like to go to sea destinations because I love to lie in the sun and I find them more relaxing.’

Cost of luggage: £2,980. The 27-year-old has selected Away luggage — the brand Meghan Markle gave to all those who attended her baby shower in New York. 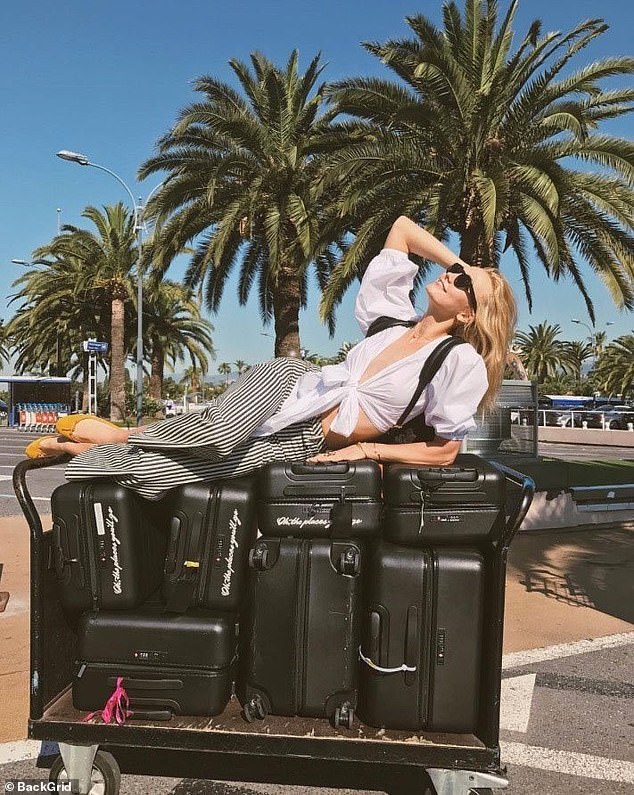